Coding and digital fabrication of clay objects using a clay 3D Printer and a robotic arm to produce an object parametrically designed, but with varied speed of the extruder produces results (almost) impossible to predict. A design process that is open to the final result, which is the material conforming itself to find its new form.

It was used two machines; a clay 3D printer, developed by Bruno Demasi, based on the project of Jonathan Keep and a COMAU robotic arm.

Project developed under the workshop inFORMed Clay Matter 2.0, under the tutorship of Andrea Graziano, by Co-de-iT, Fablab Torino, Officine Arduino, based on an ongoing Co-de-iT research called “inFORMed matter“. 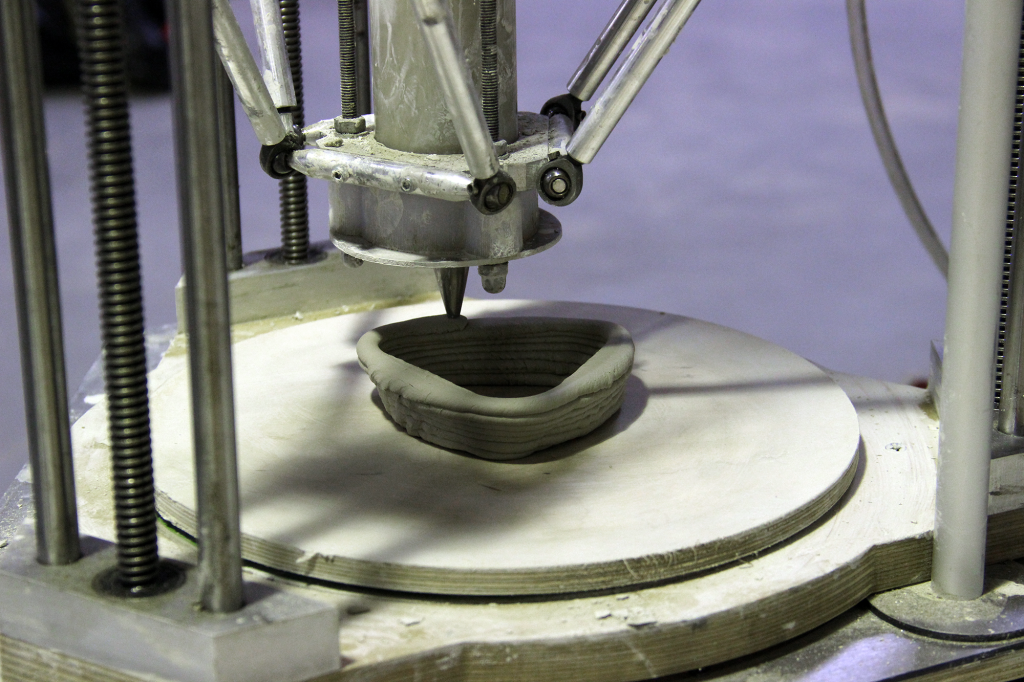 After the result obtained with the 3D printer, the same geometry was used to generate the file for the robotic arm to print. The previous pressure and speed was adjusted, in order to have a similar result. 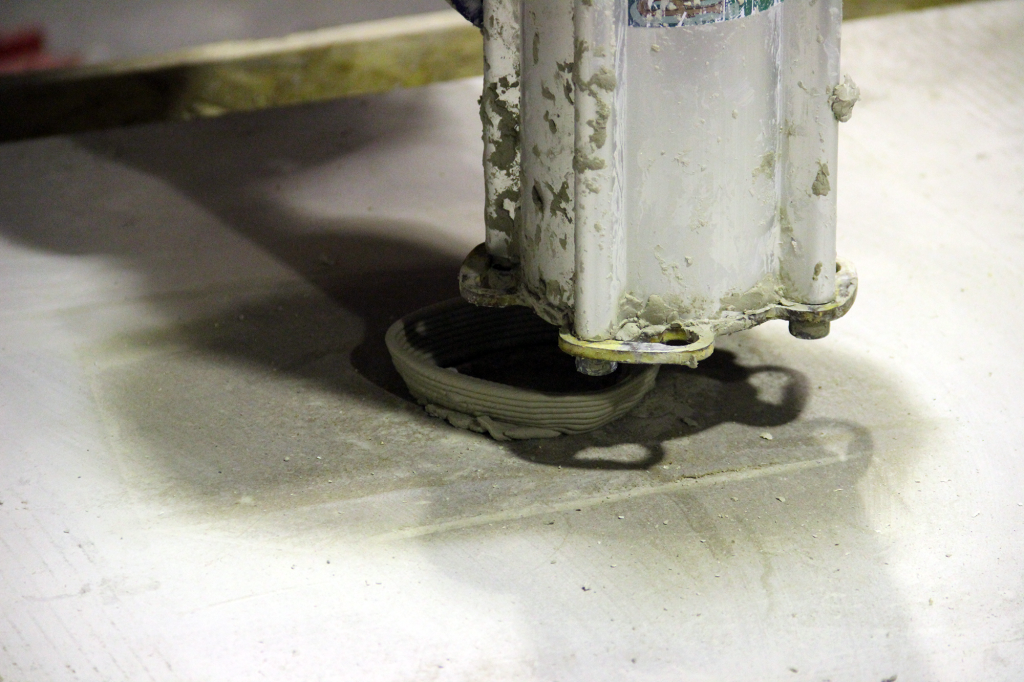 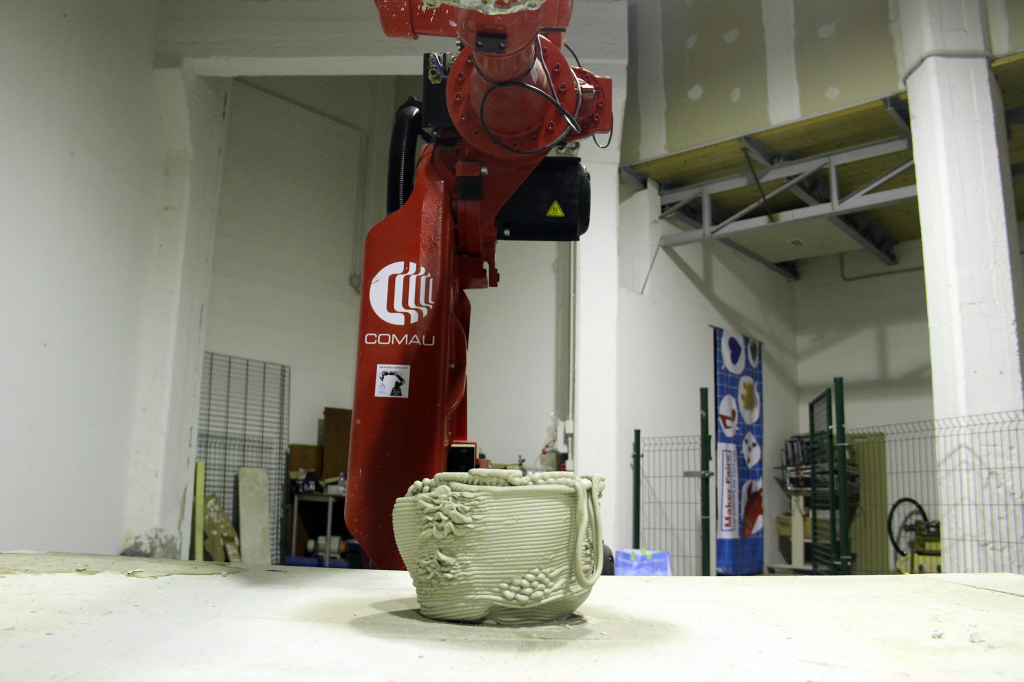 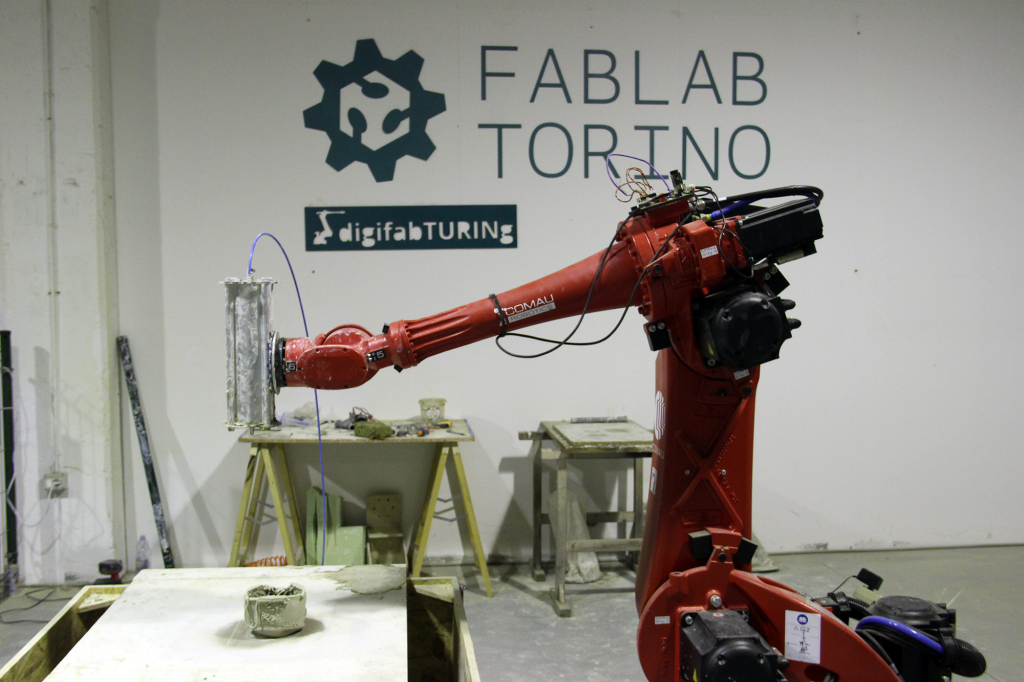 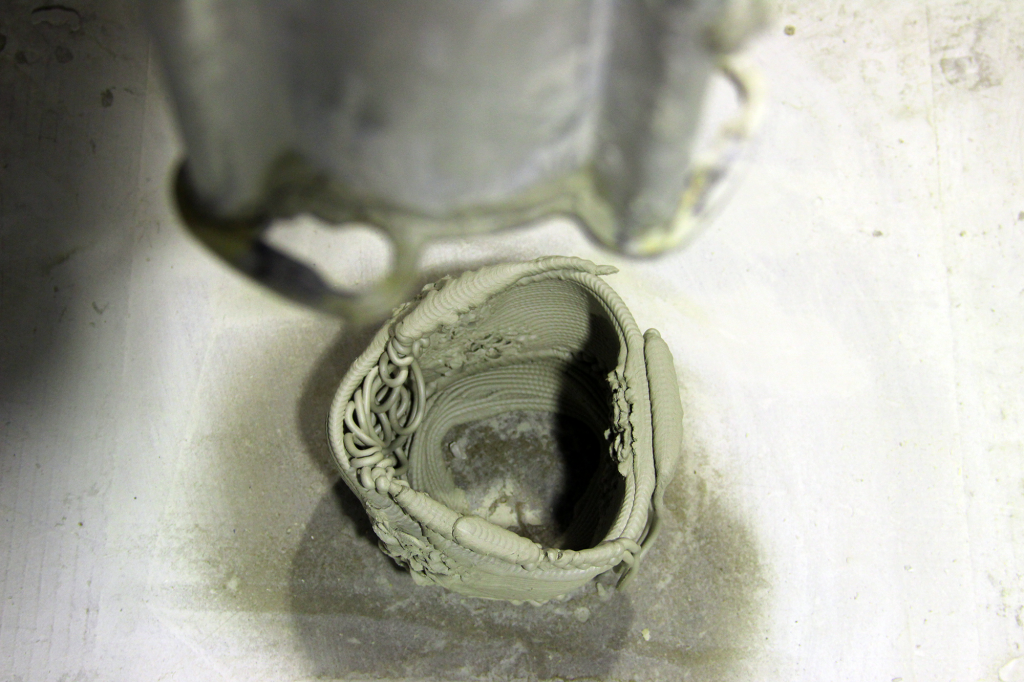 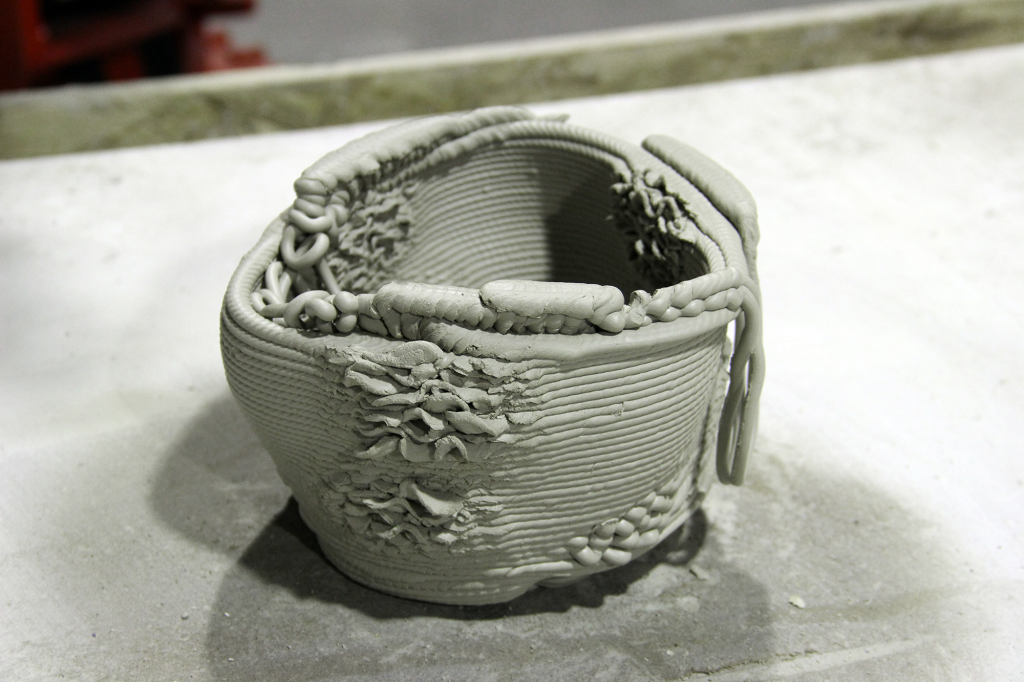 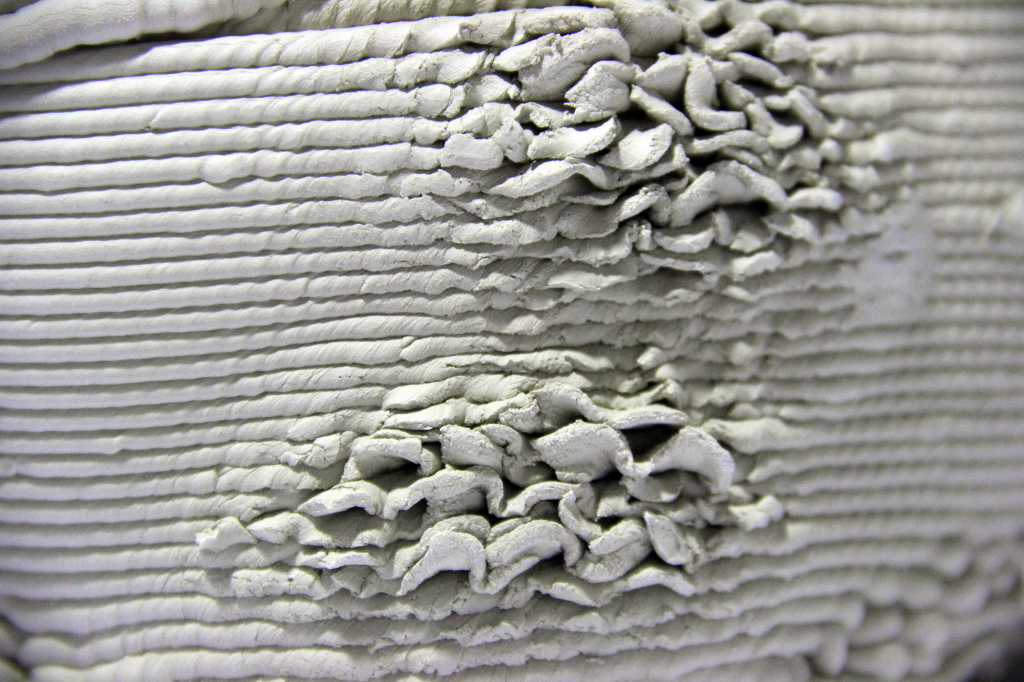 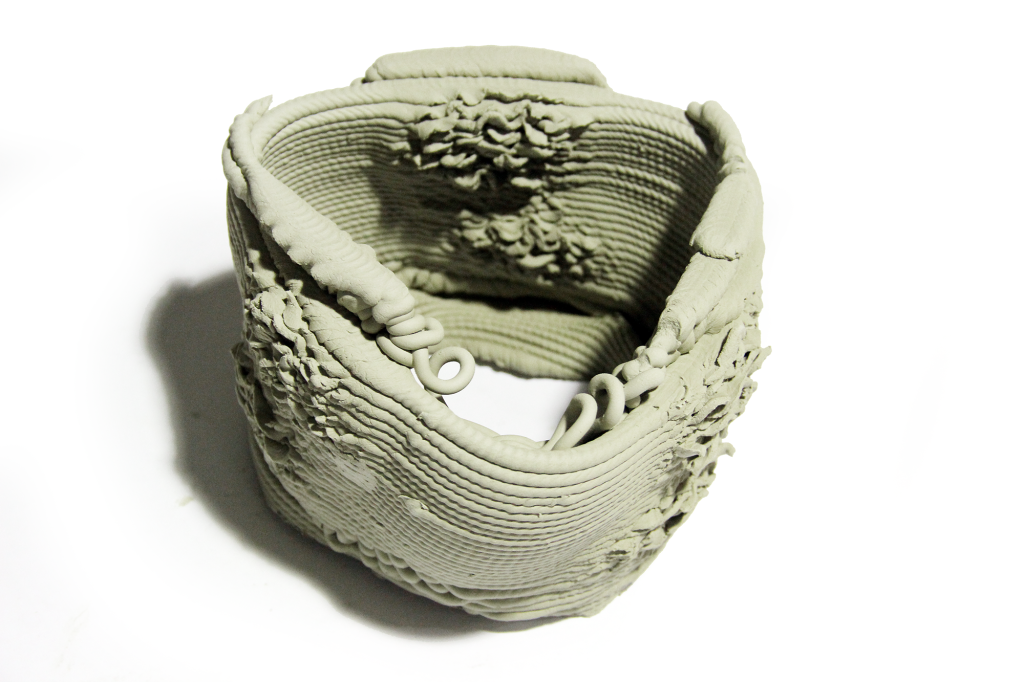