The stores were designed to be installed inside the airport international departure area. Their location was in front of the waiting area, with the passengers looking to the airplanes through the glass between the two stores. The design of the stores was intended to be less invasive as possible, with the ceiling of the stores with the possibility to see through it. Because of this openness the ceiling of the stores were minimized to lamps. Those lamps were designed parametrically and fabricated by digital fabrication tools at Bangkok, transported, assembled and painted in Krabi. The sustaining structure is made of steel, which, among other materials were chose to be the fastest to be installed as possible, since the construction was allowed at night time only.

After the approved design, all the CNC files were generated. The pieces were cut in 10mm sheets of MDF. Each piece was engraved with a combination of letters and numbers to help  on the identification. Later, lists of pieces and it’s connections were delivered to the contractor, so he could assemble the lamps. Together with the lists, isometric views were delivered to the workers, with informations and measures. 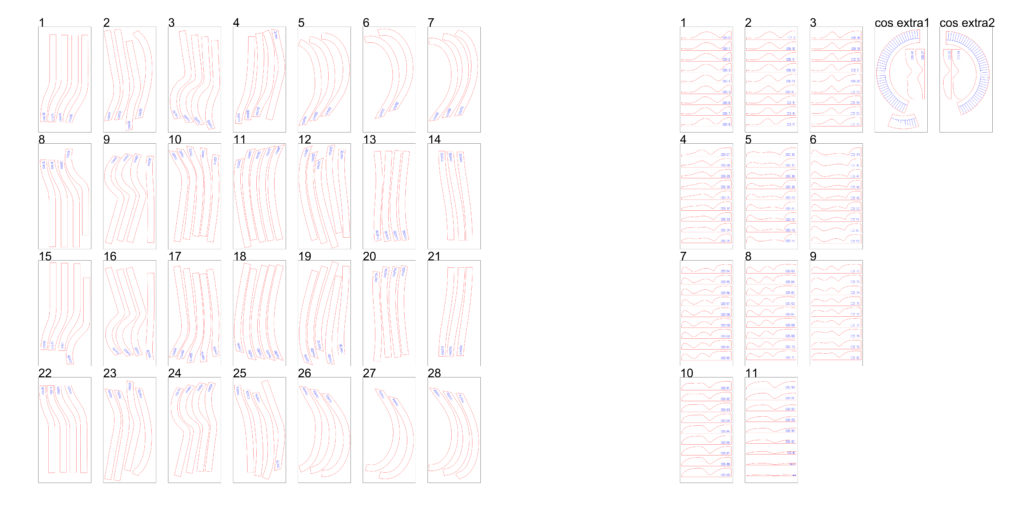 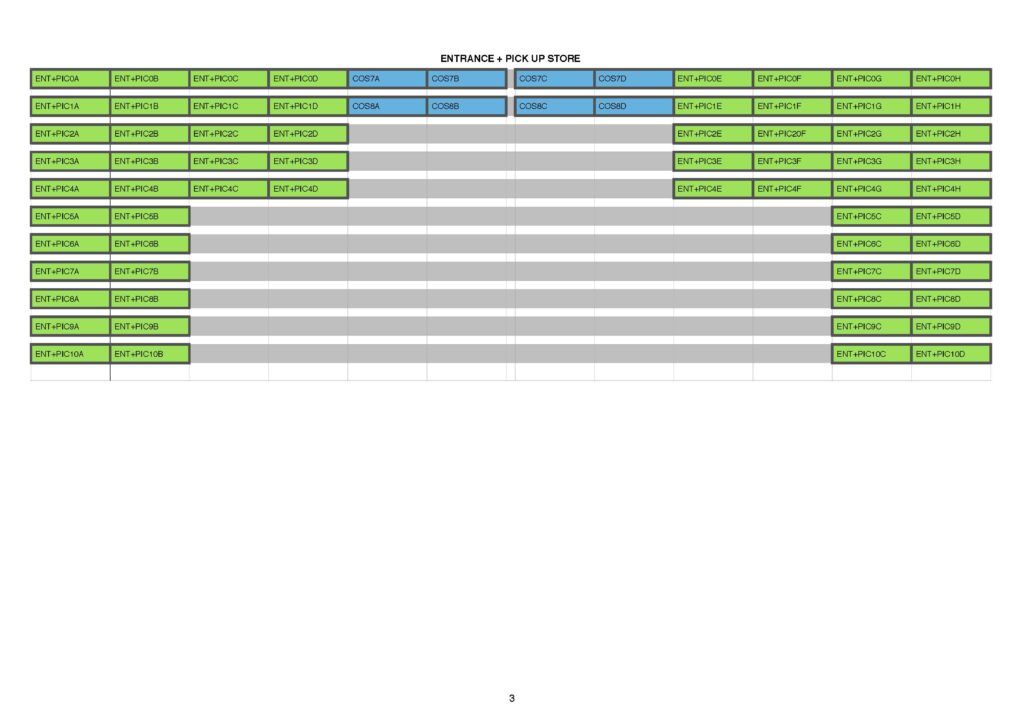 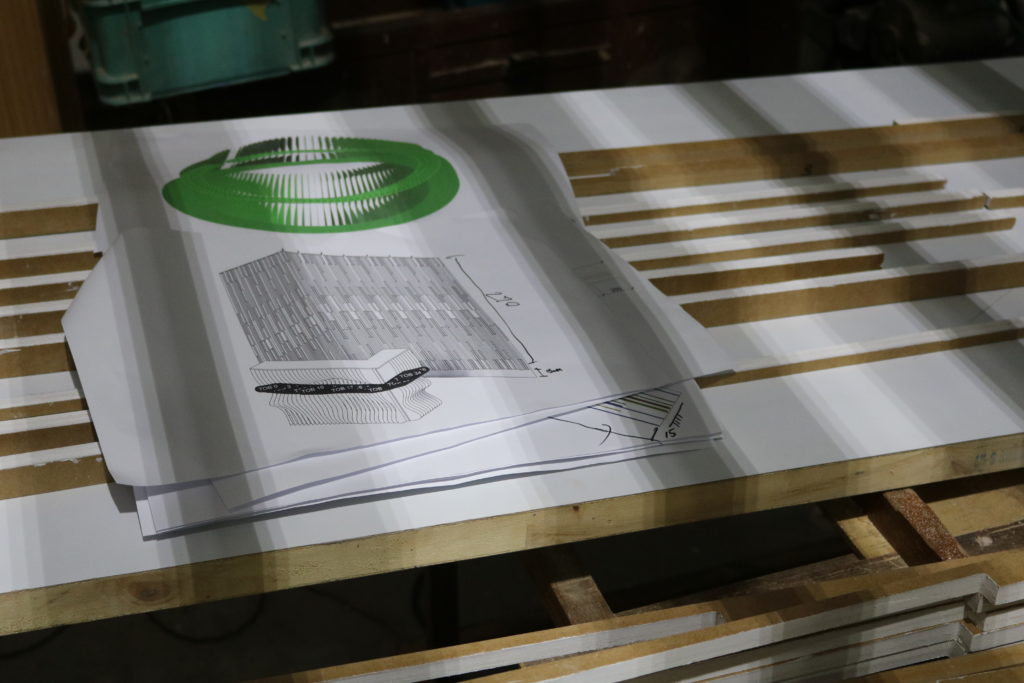 The cut pieces arrived pre-assembled. They were installed and joined, and later sanded, impermeable layer applied and painted. 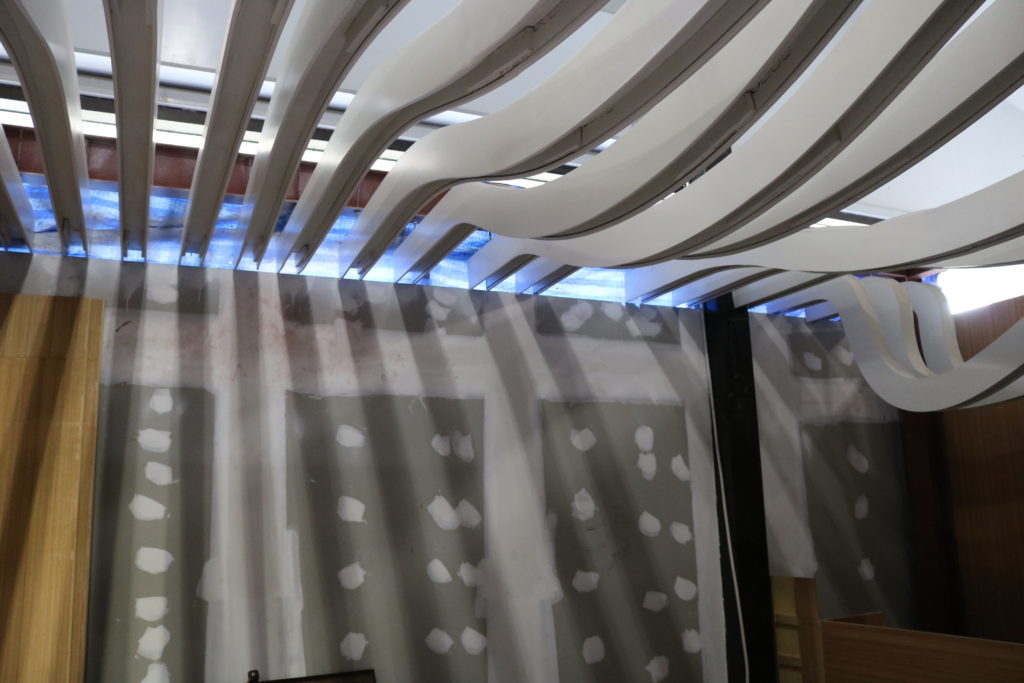 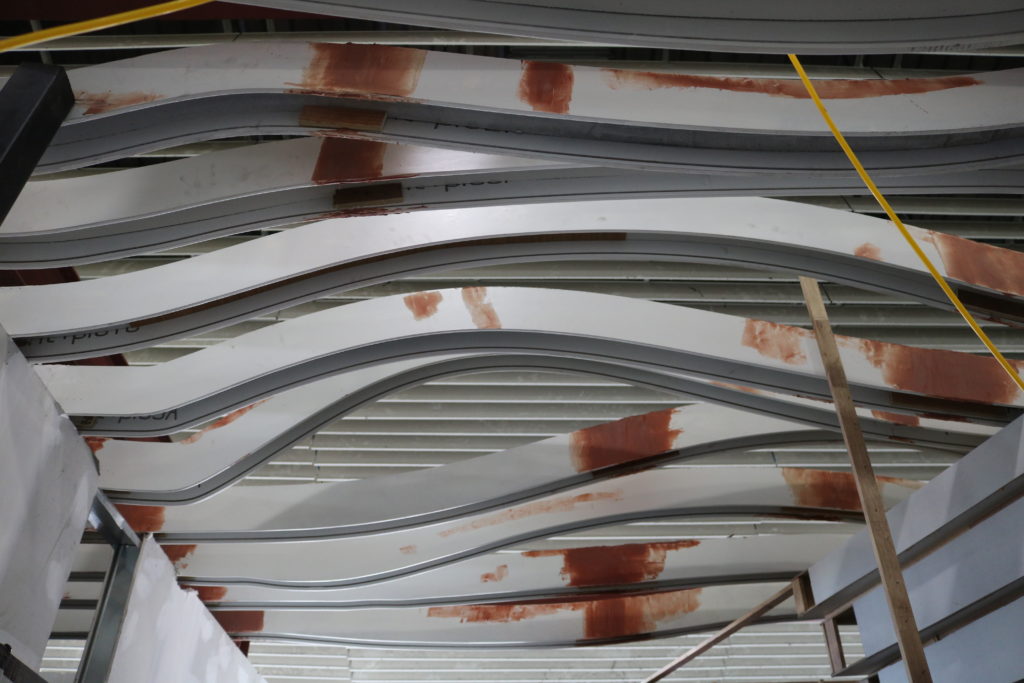 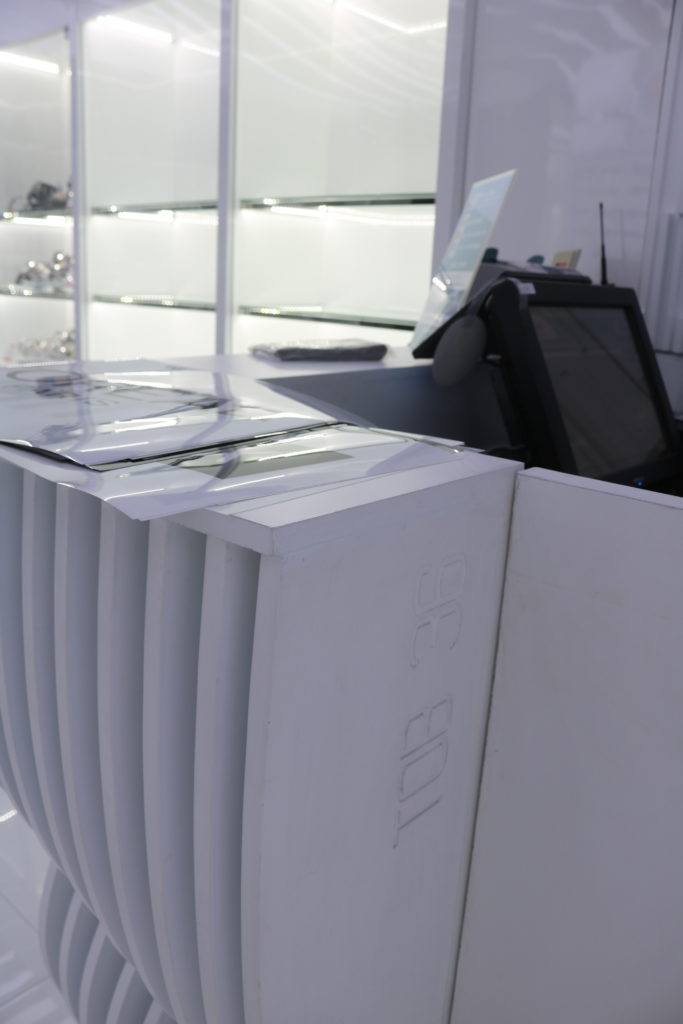 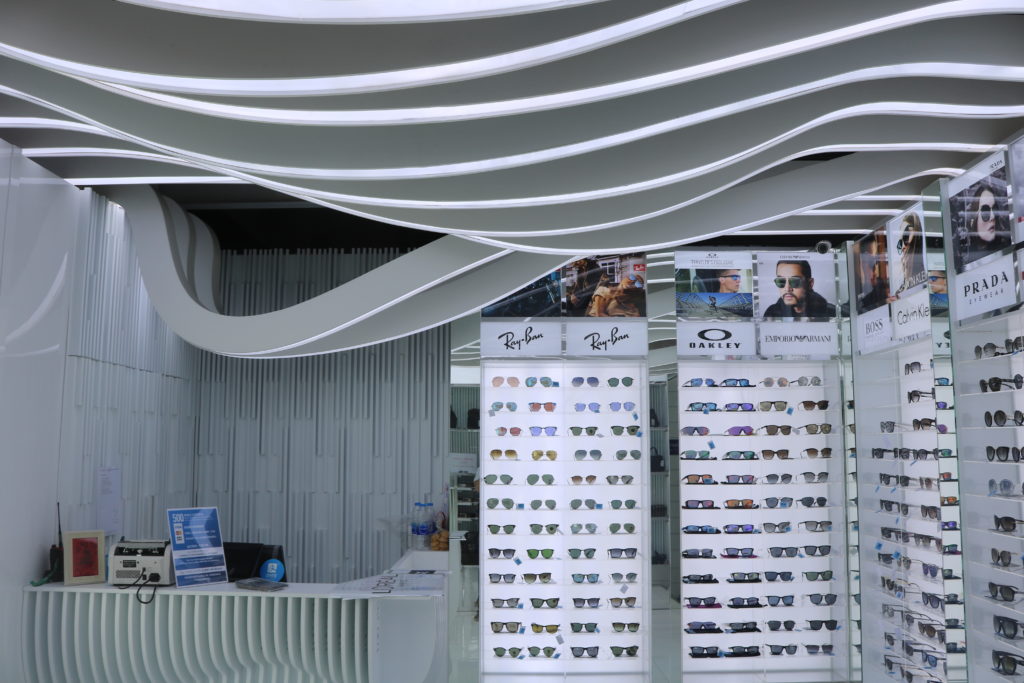 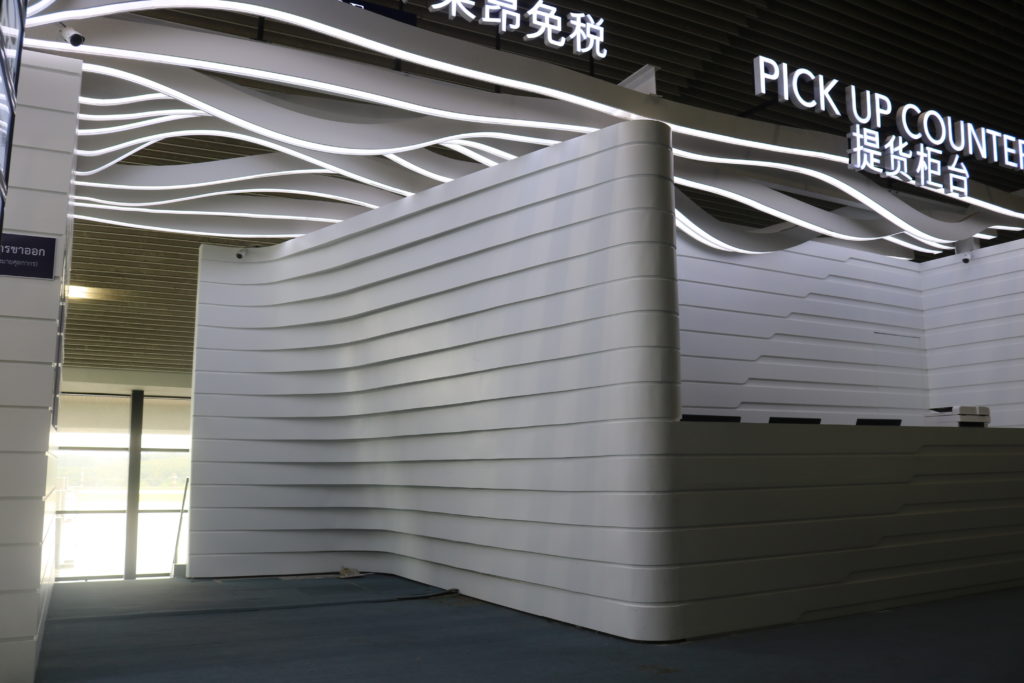 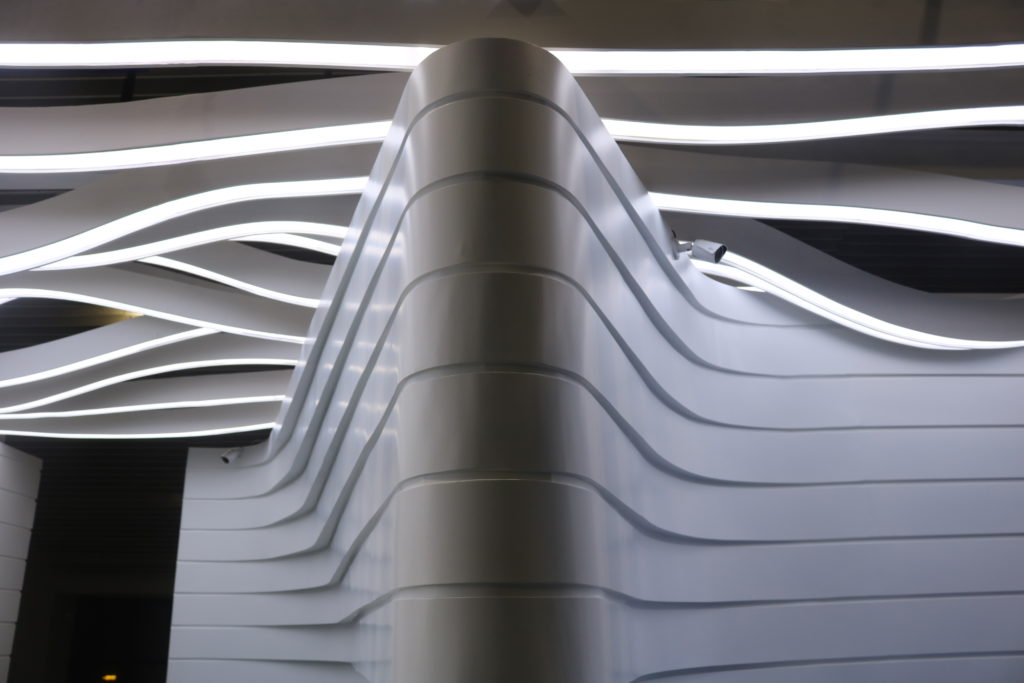 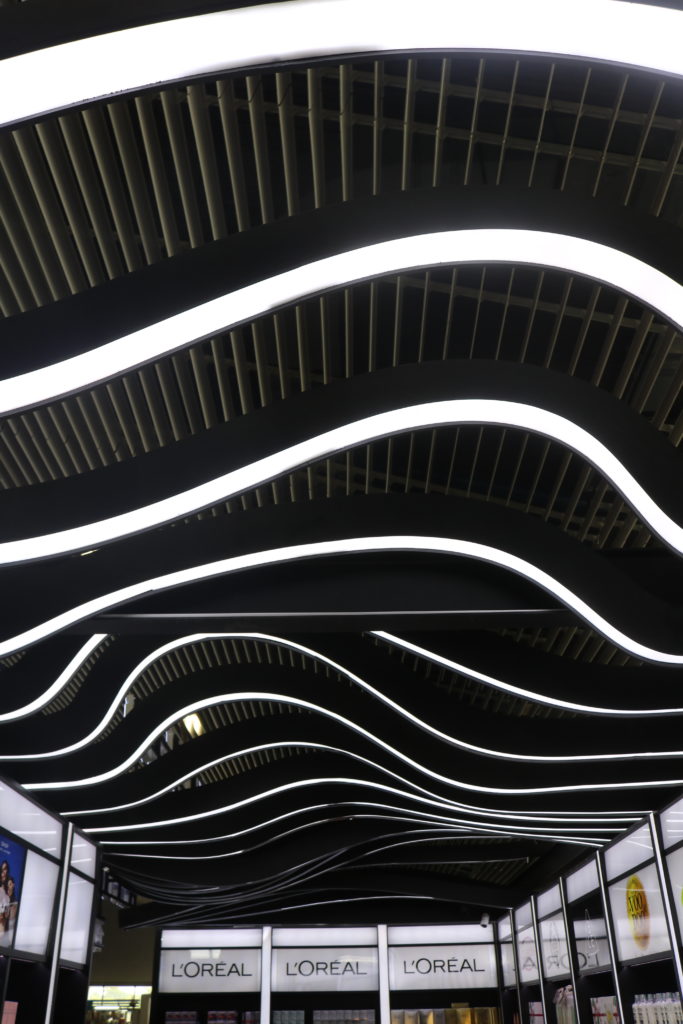