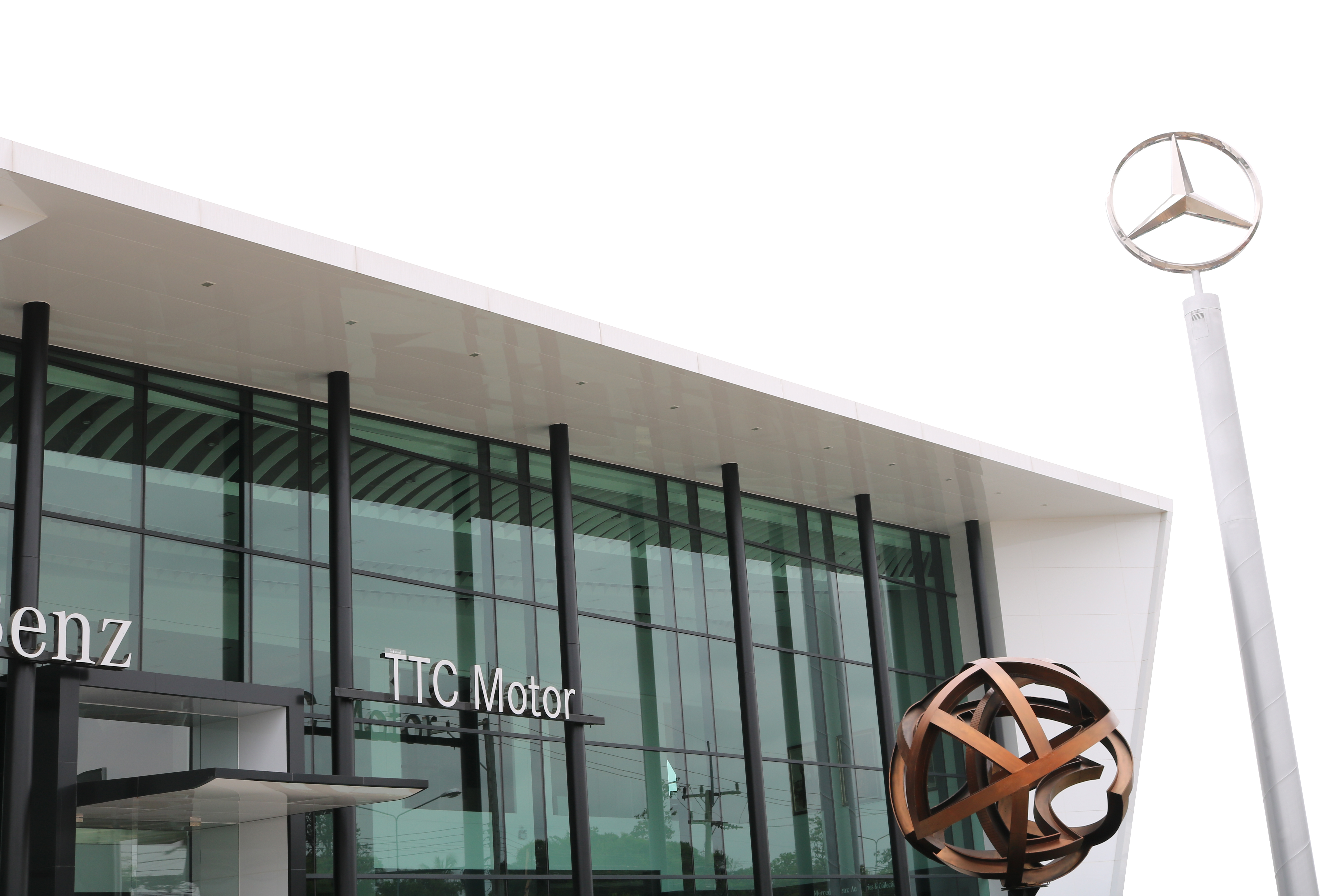 The main concept for designing the interior space in the Mercedes Benz Ubonrachathani is “to design the negative suspended space without touching any other grounding element.” The dynamic feature is emphasized in the usage of the space so users sense the energetic agility, reflecting the Avant-Garde Mercedes Benz cars.

The main designed element is the ceiling that create the dynamic movement in the space. Populated rib vault structure made with curves cut on the gypsum ceiling and white ‘ribs’ cut by CNC Router from MDFs and designed parametrically, this ceiling will arouse the feeling of energy and agility of the vast structure. It also hosts the main exists of the air condition system, organize all the lamps, speakers and fire detector systems. 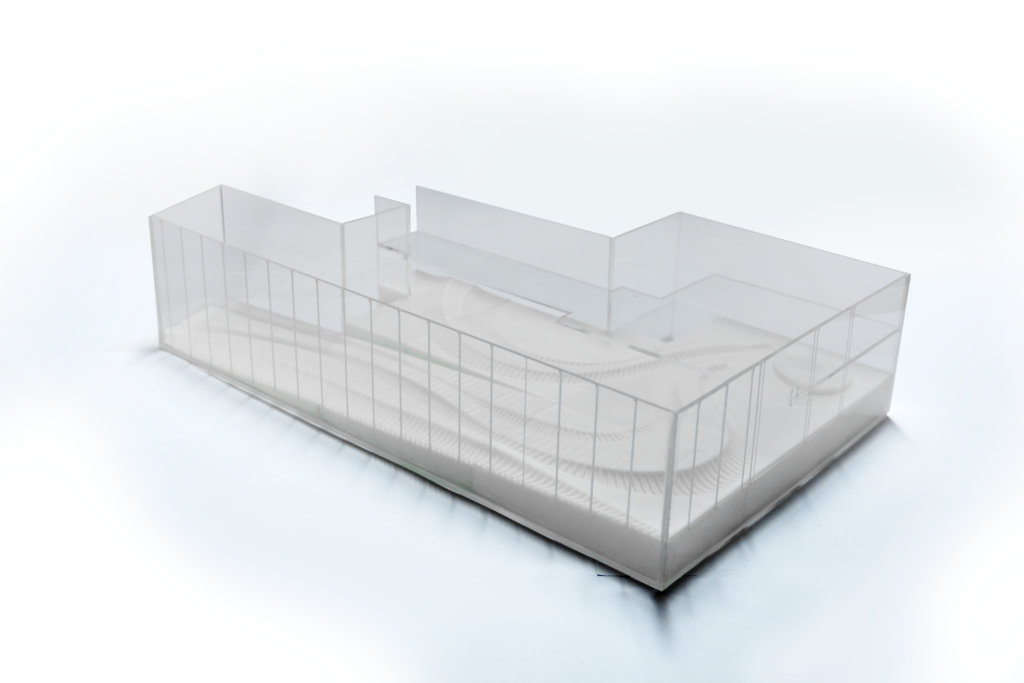 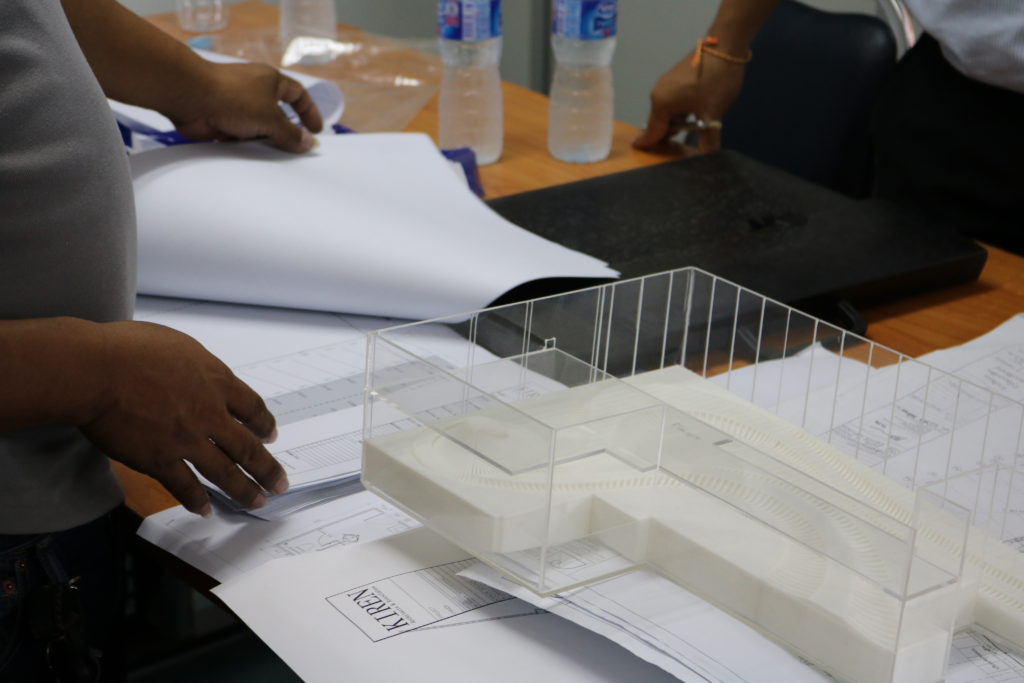 The ceiling contain a variety of inclining planes at different angles and heights, cut by the rib vault-like structure, which implies to users the circulation direction in the main hall. The center of the circulation is represented in the tornado-like element, which has then been developed to be in the spiral shape as the main sources of dynamic, gradually twist from the ceiling to the lower parts.

The rib vault structure was designed using parametric softwares and digital fabricated by a computer numerically controlled (CNC) Router. Each of the 735 ribs are different from each other. Each has its on number tag and exact position at the ceiling. 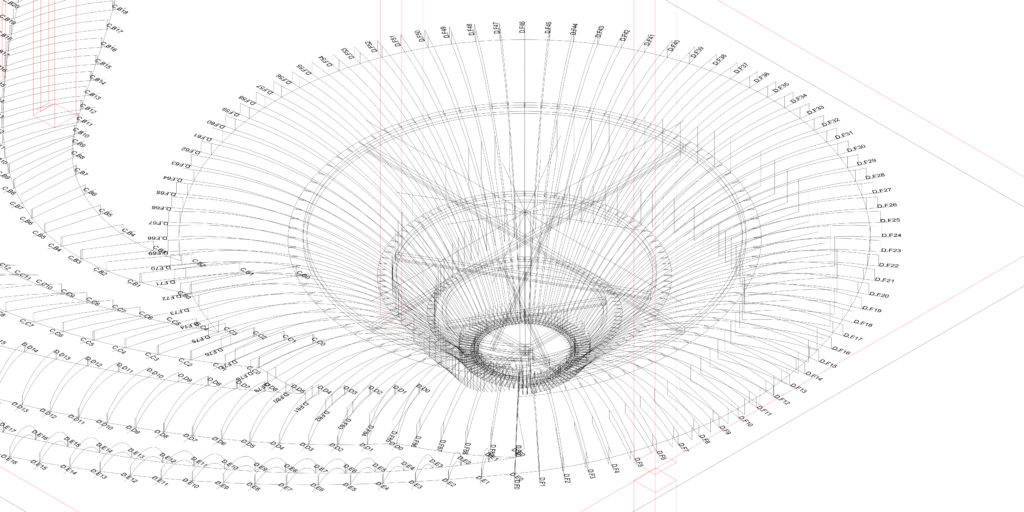 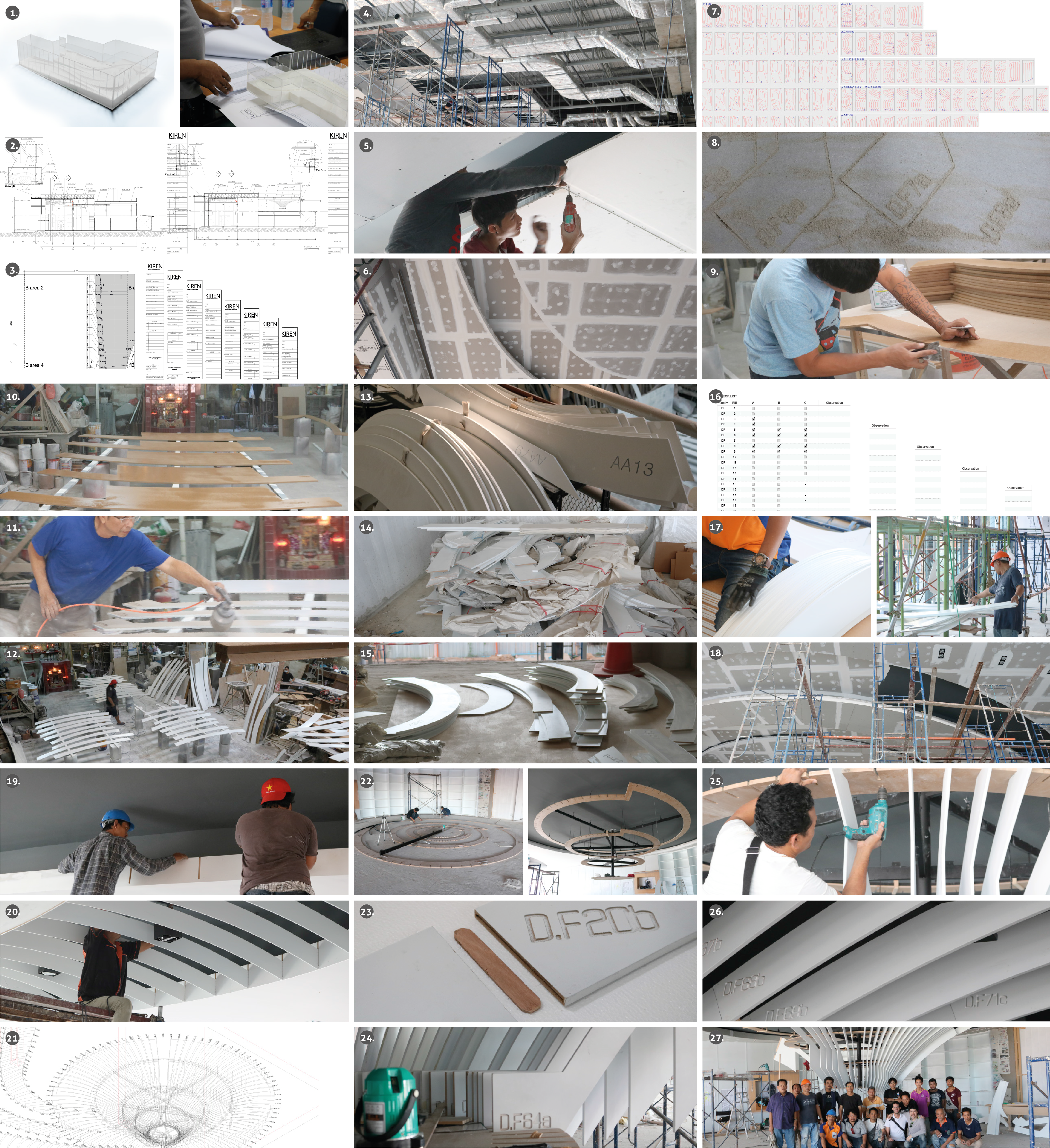 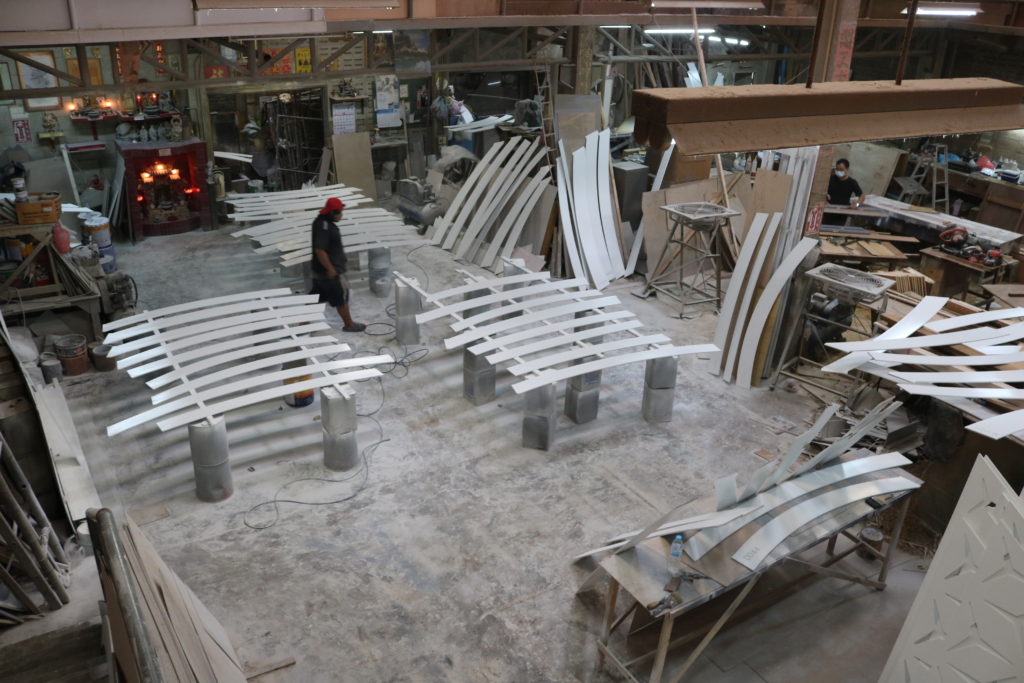 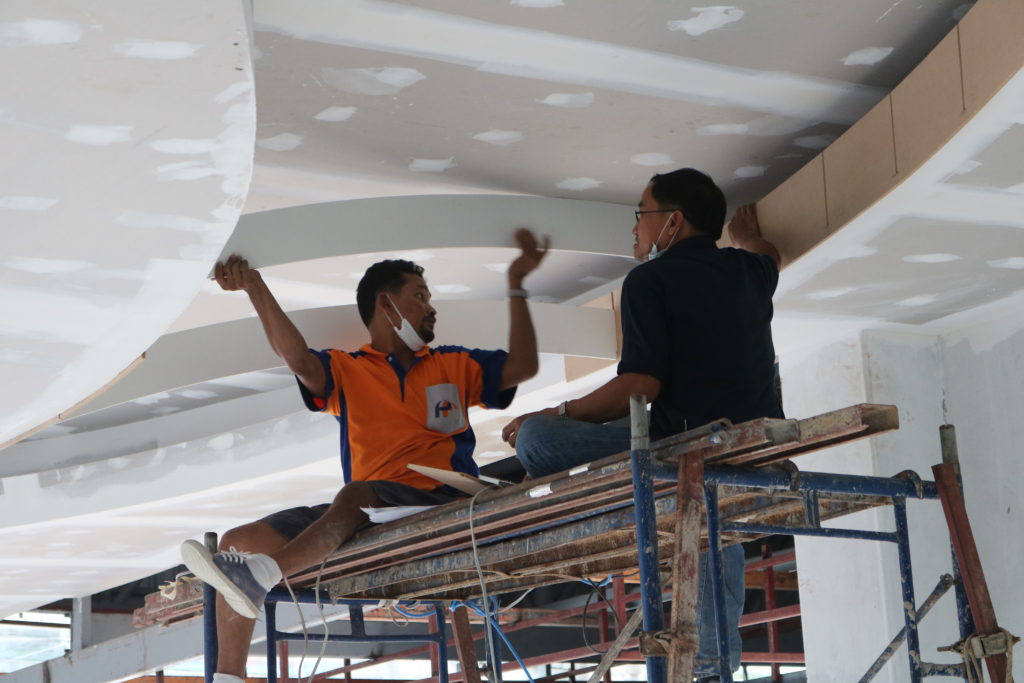 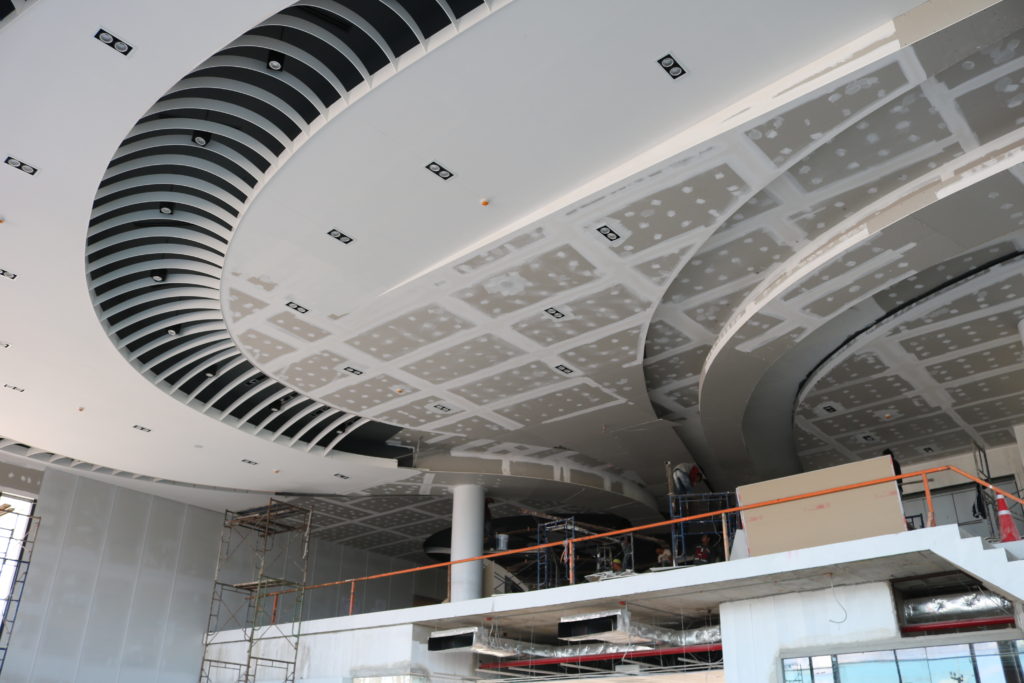 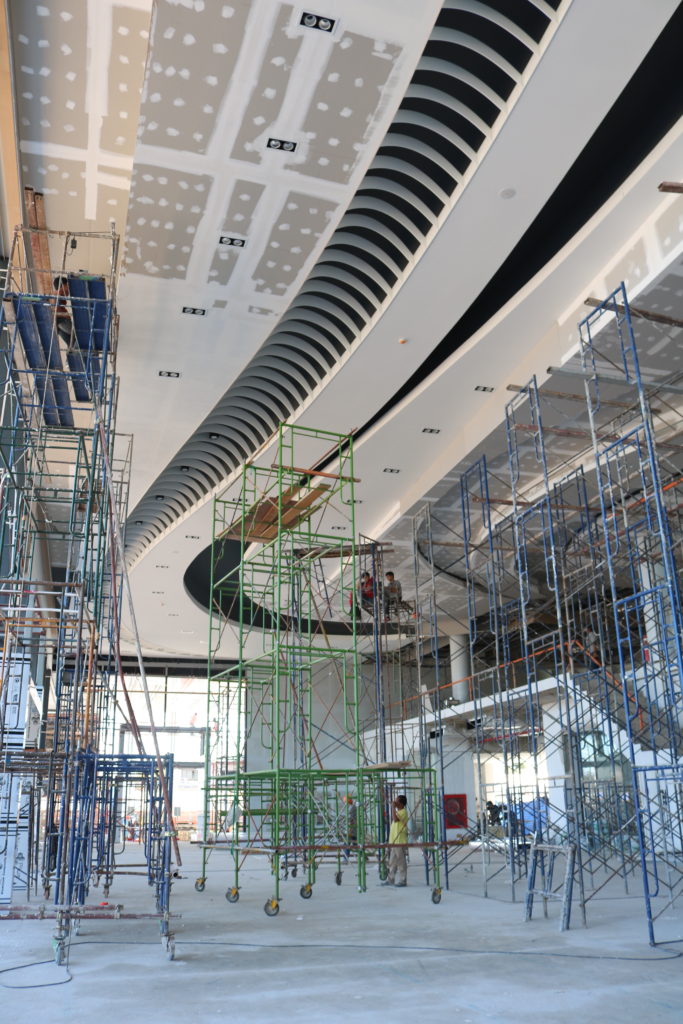 Views of the main lobby and its ceiling  at the ground level, contain a variety of inclining planes at different angles and heights, cut by the rib vault-like structure, which implies to users the circulation direction in the main hall. 735 different pieces were cut in total. 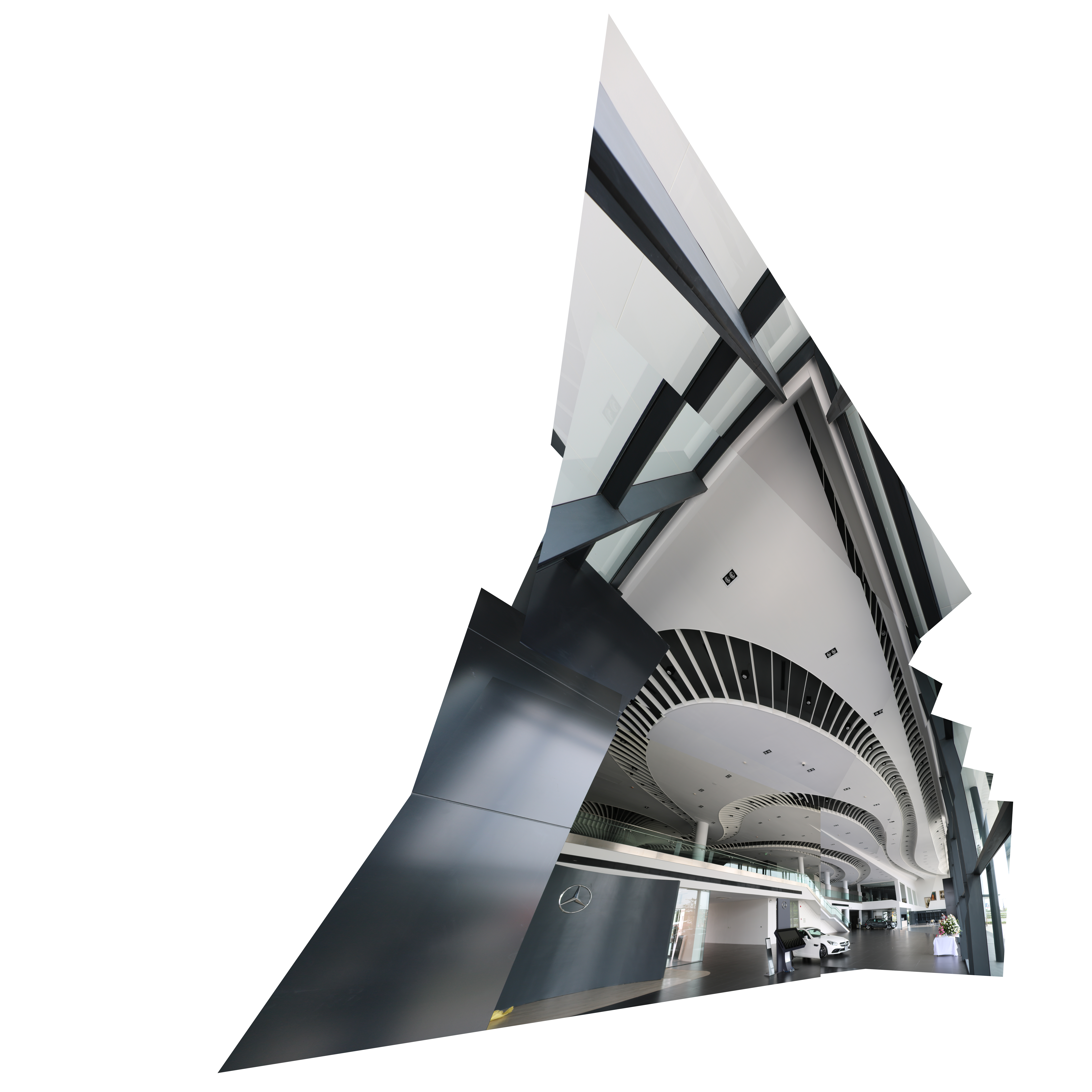 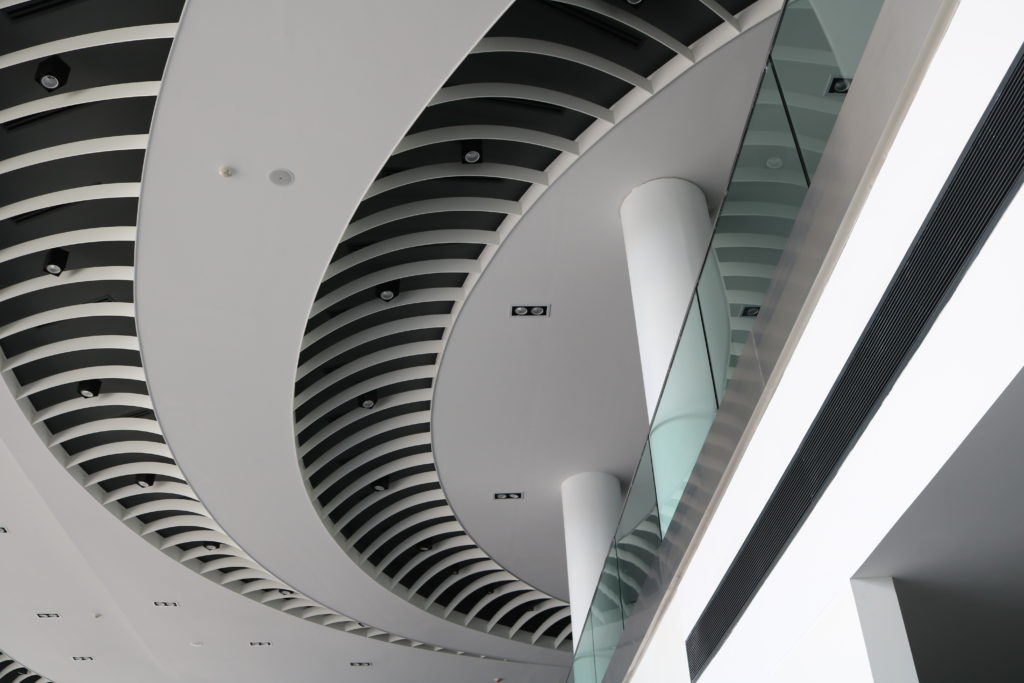 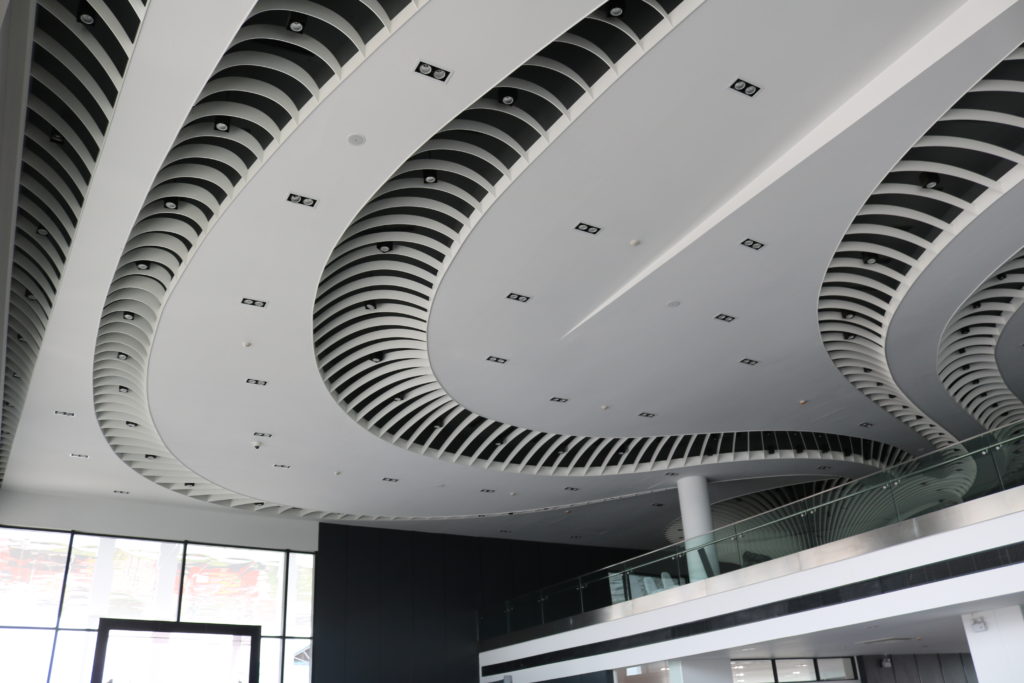 Other rooms within the building were also developed following the main concept from the main room, with the Mercedes logo as an influence, together with the concept of speed and fluidity. All were using digital fabrication, together with parametric Softwares as tools. 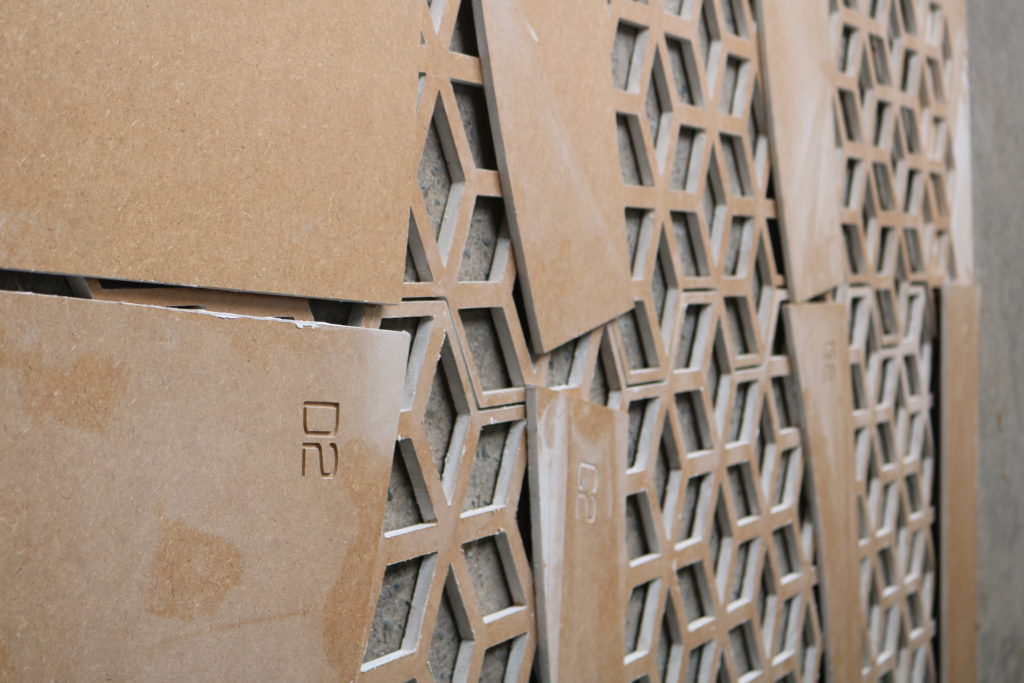 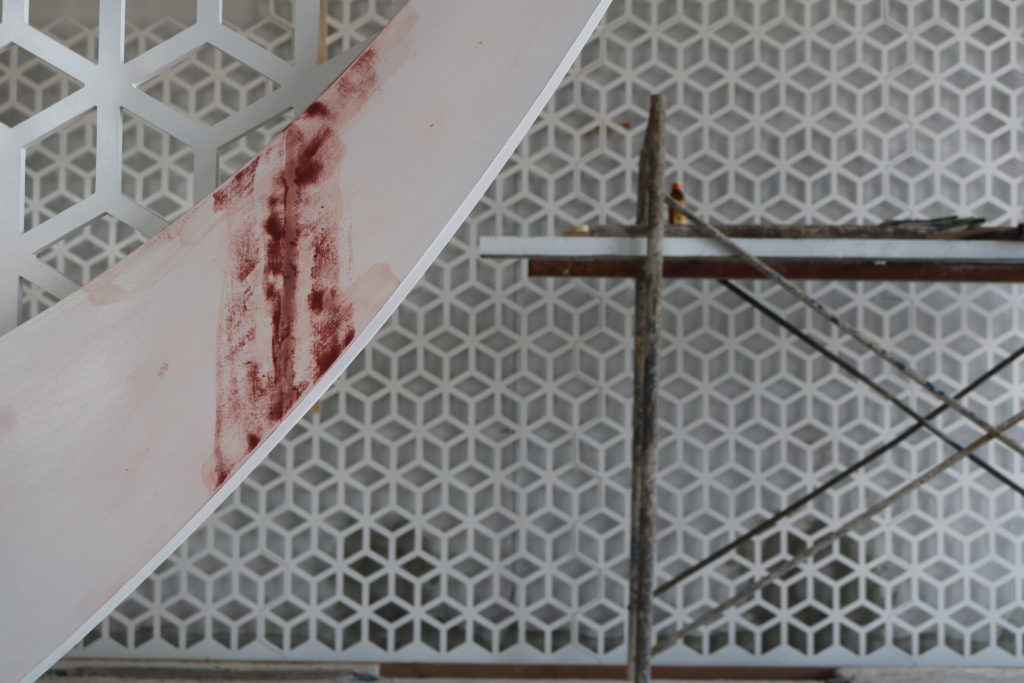 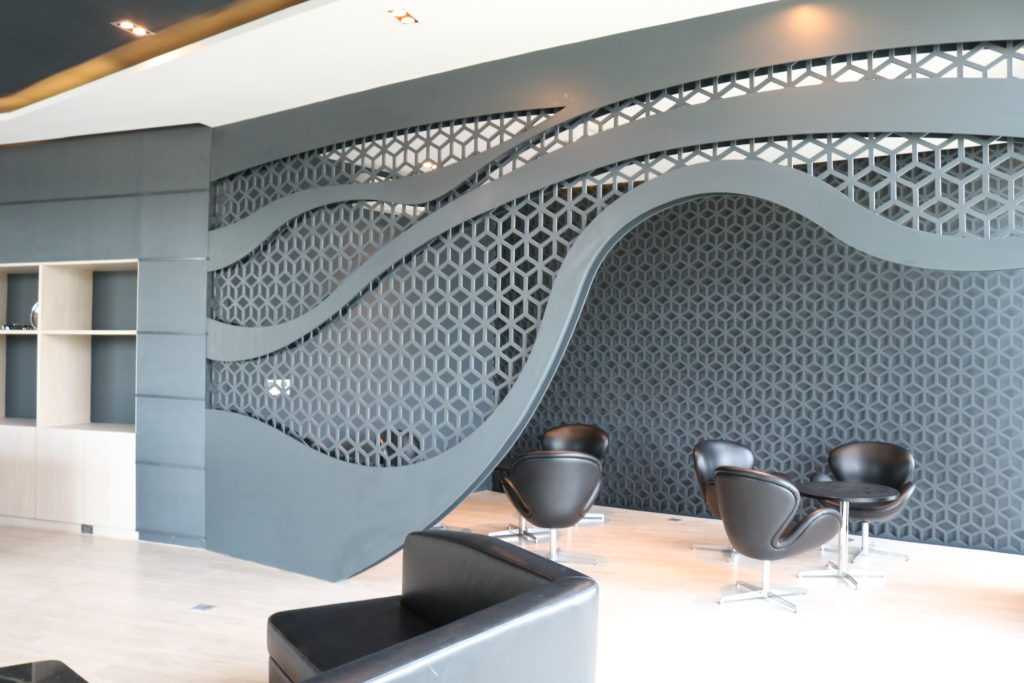 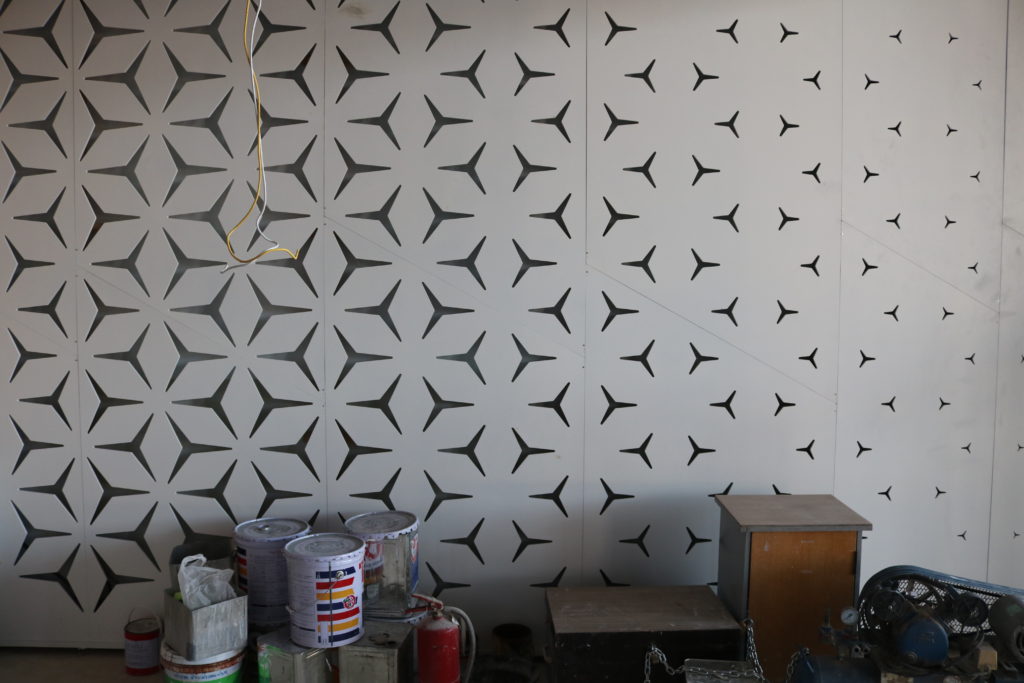 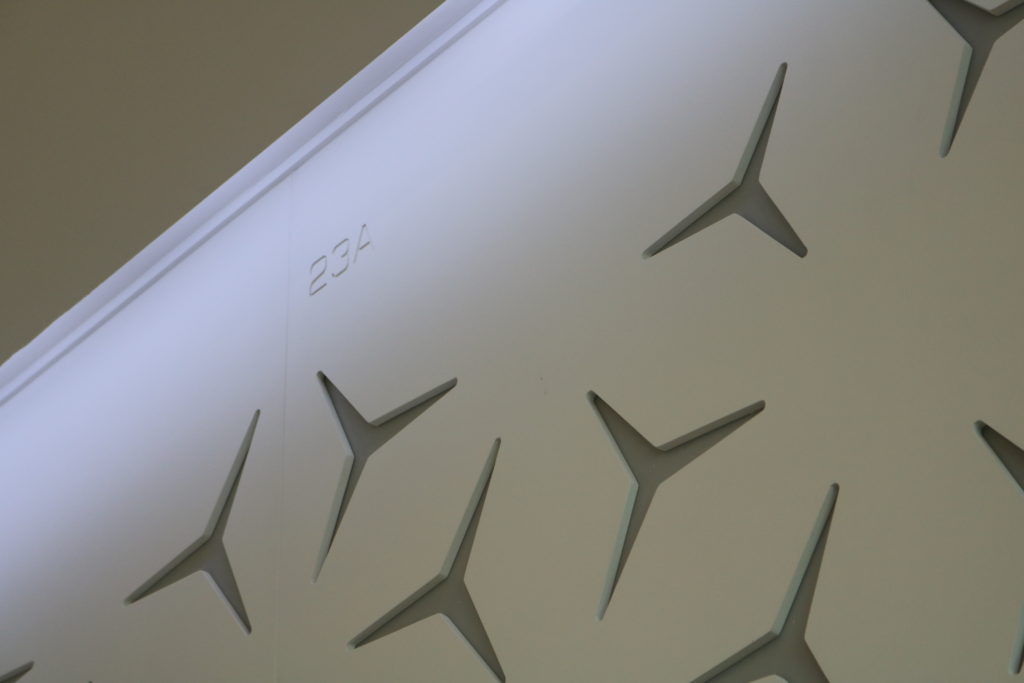 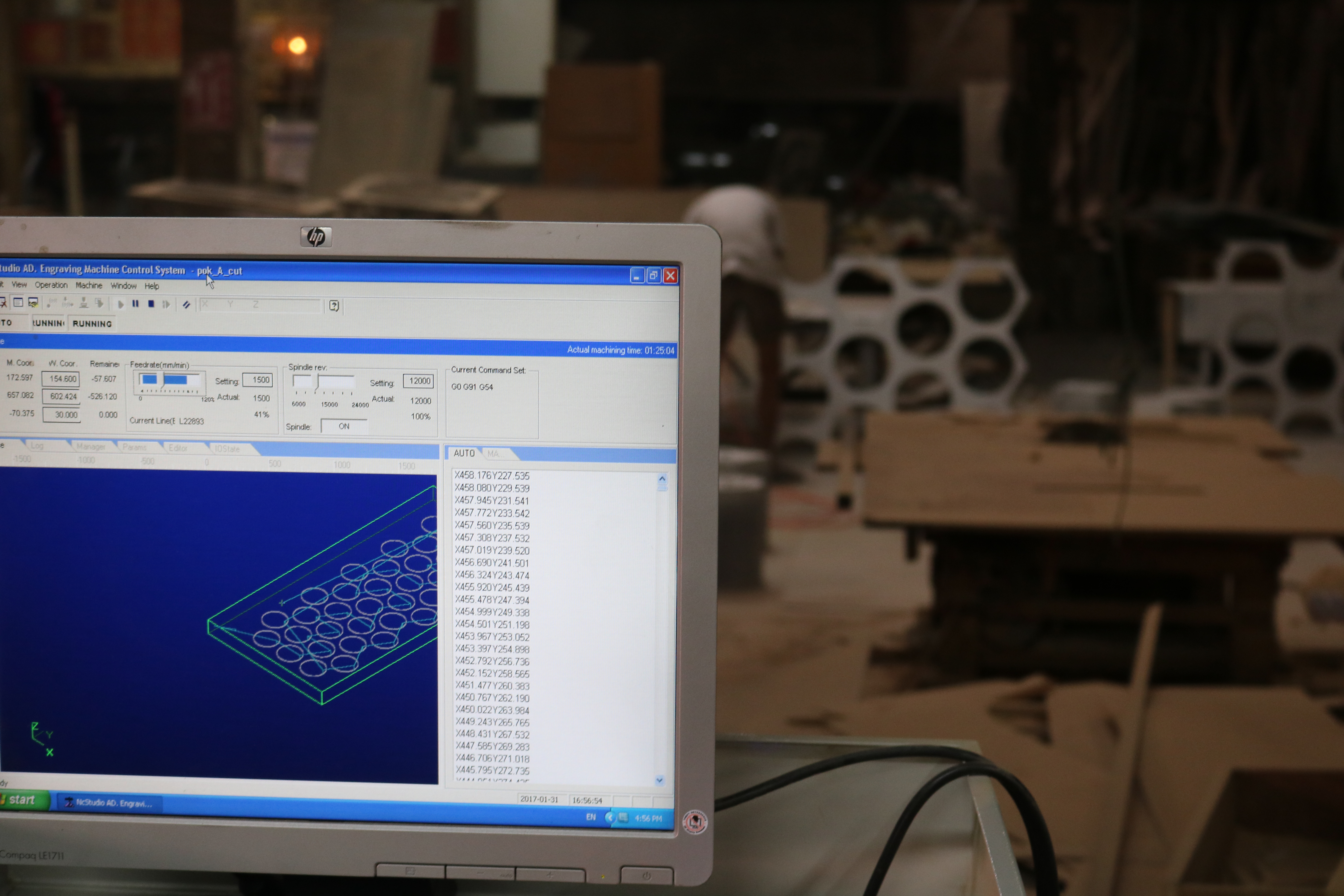 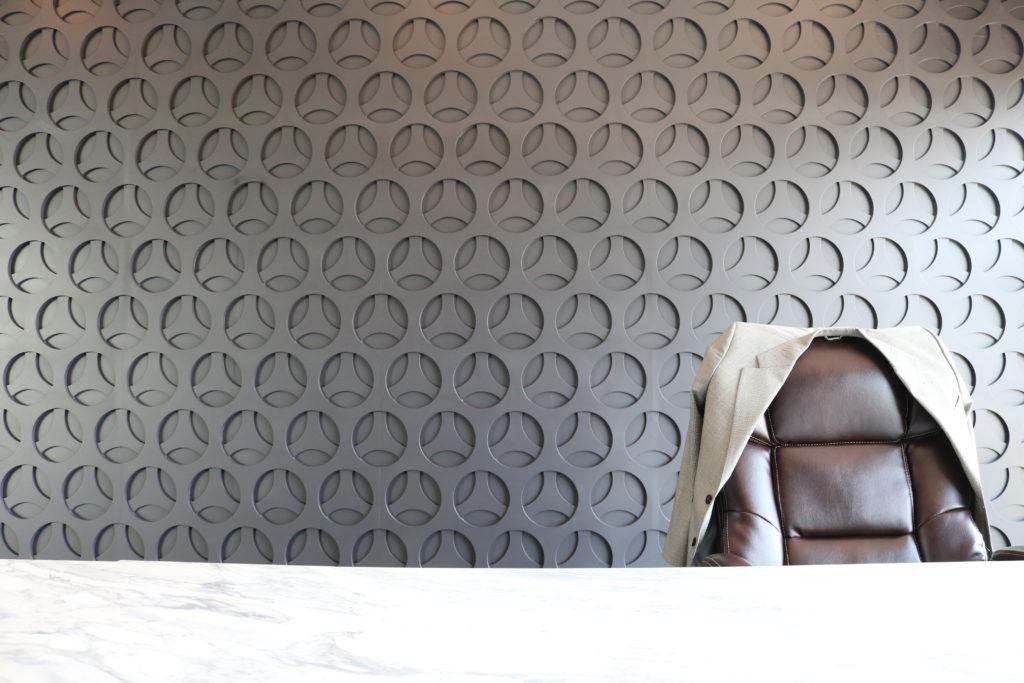 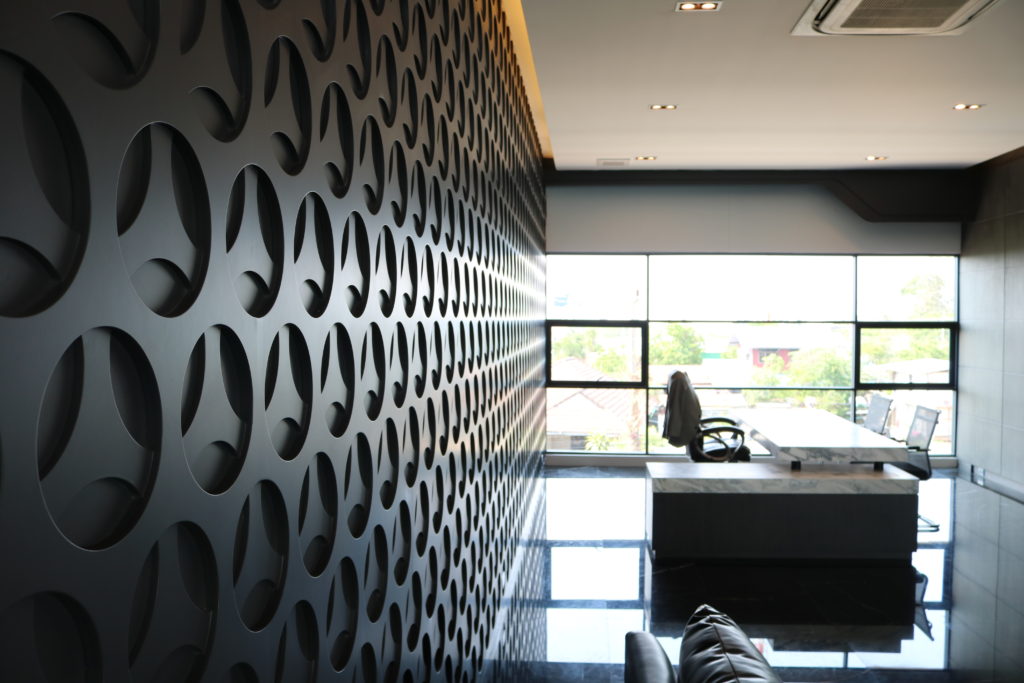 Some rooms had restricted access from the common client, so the influence from the Mercedes star concept was more indirect. 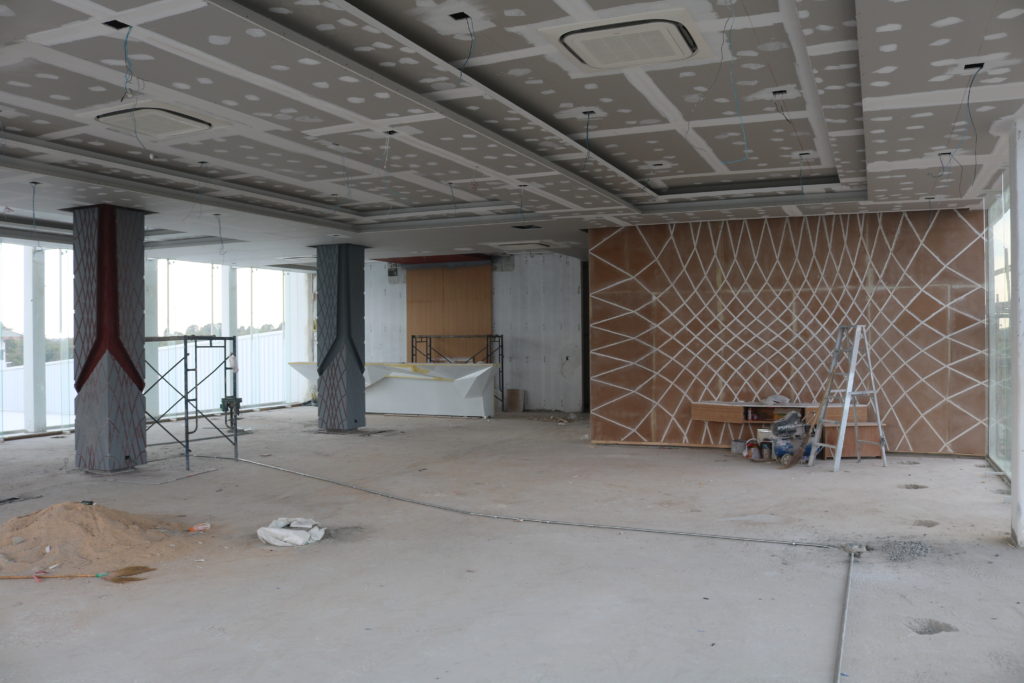 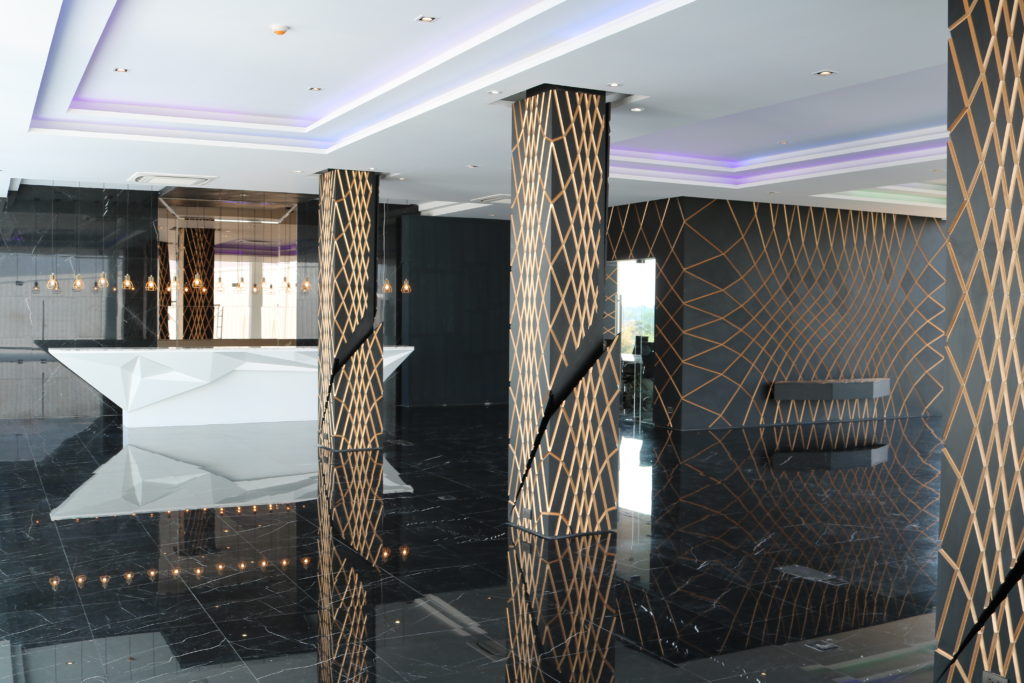 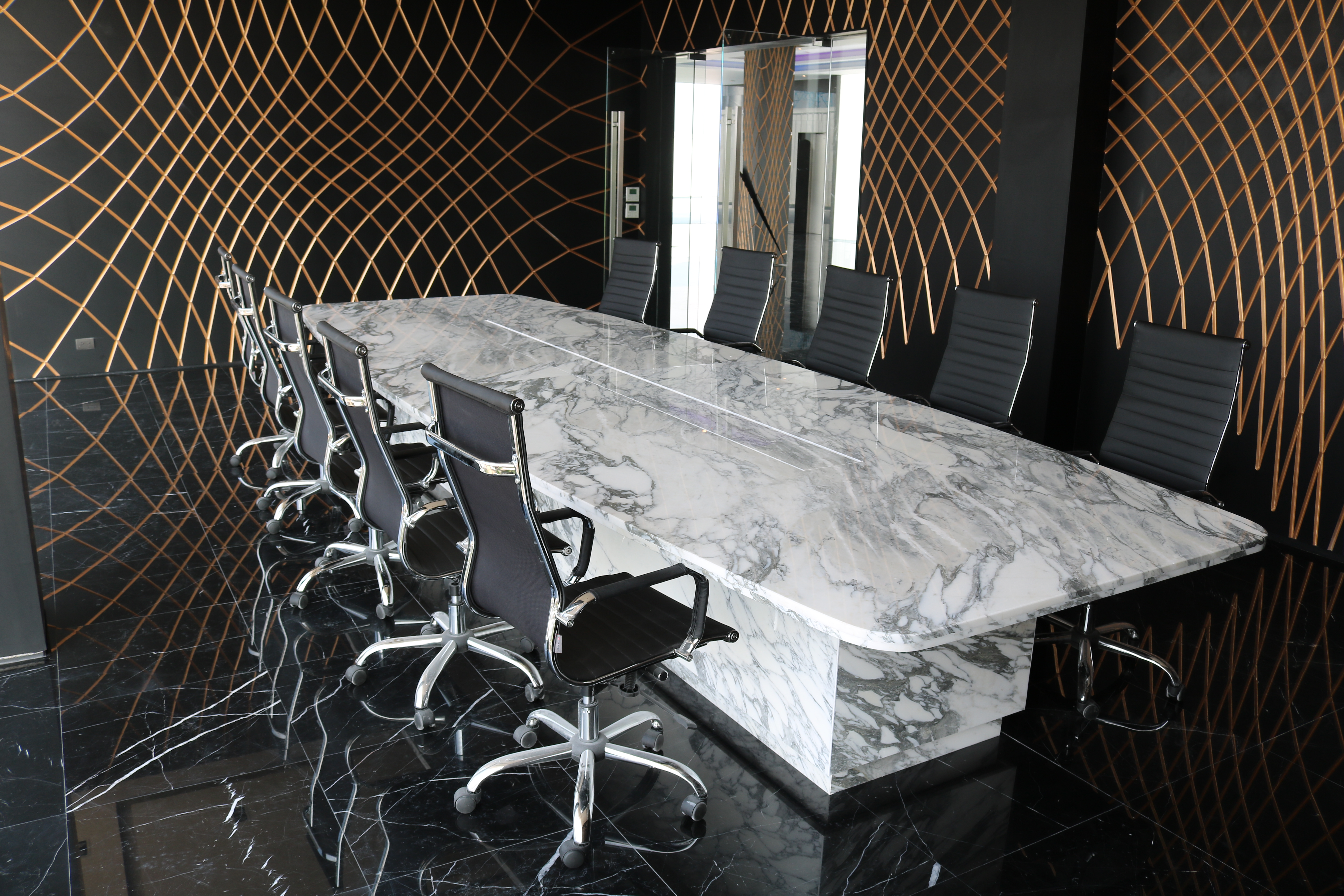 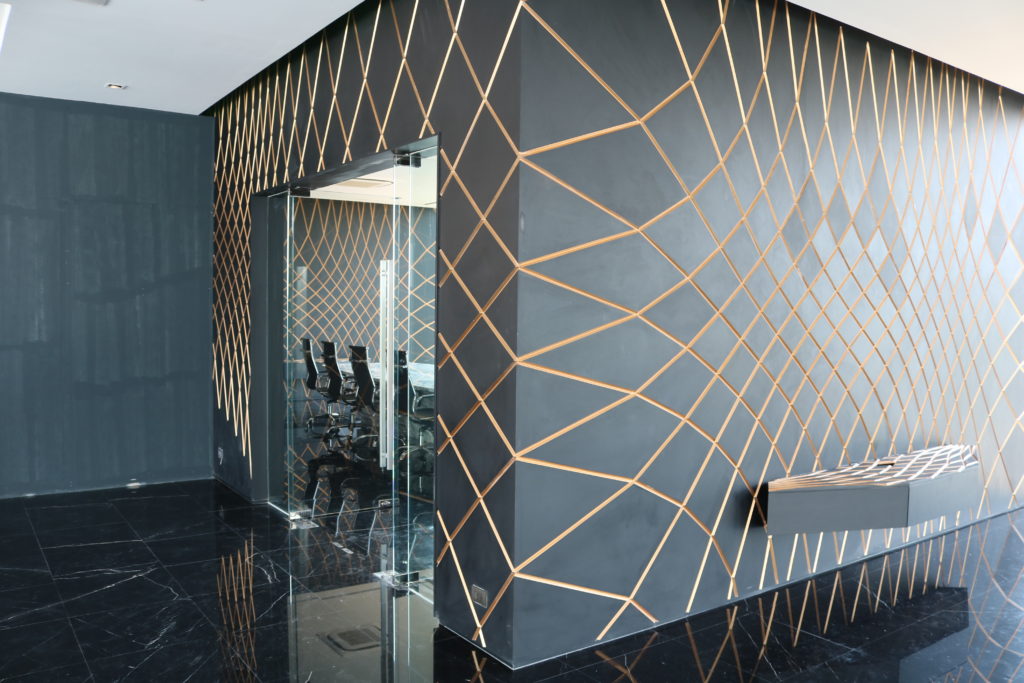 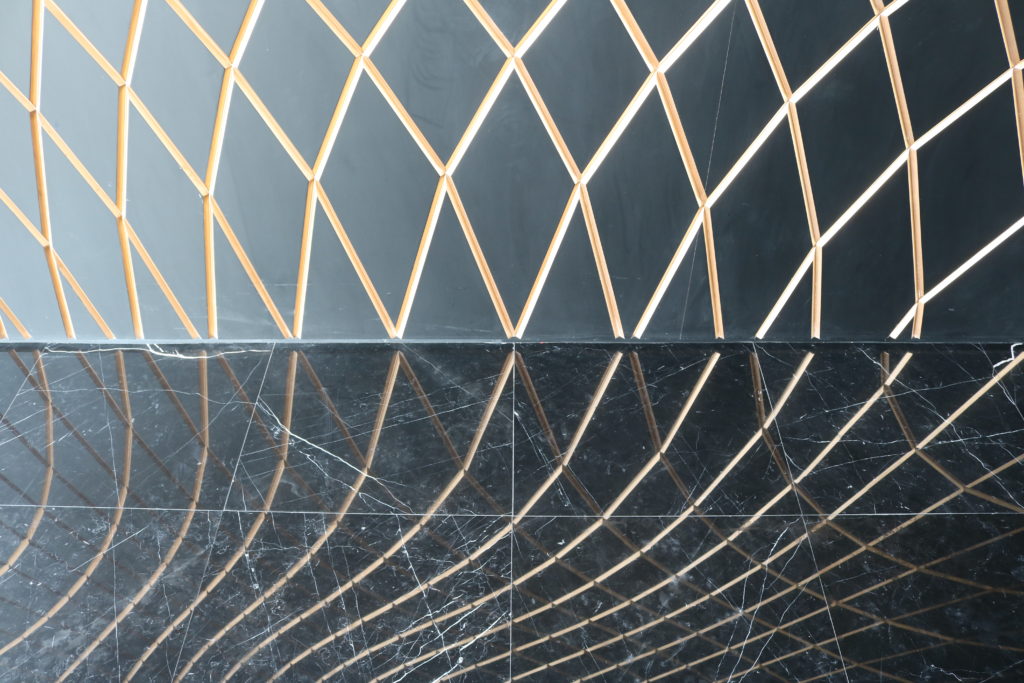 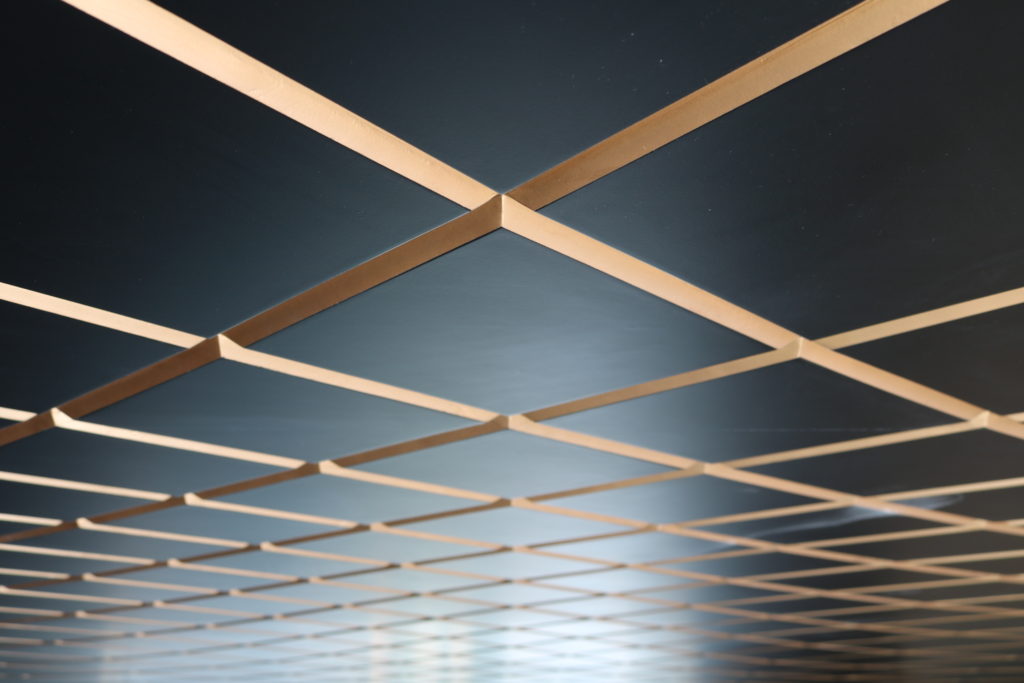