Lamp made from natural hemp fibers glued together using a mixture of vinegar and gelatin, and later applied to a CNC cut styrofoam mold. After dried, those similar pieces were screwed to a acrylic cylinder.

The basic form of the lamp came from the task given by the teachers, which was “to create a lamp covering a cylindrical acrylic of 1,80 meters using digital fabrication tools”. Since the cylinder was the minimal surface form, smaller and similar elements were fabricated and assembled around the cylinder.

The form of the individual elements of the lamp came from a research to have the strongest surface able to sustain itself and to be cover the cylinder. This was achieved by a main curvature along the Z axis of each piece and three secondary curvatures along the XY plane of each piece.

Each piece was designed to overlap the closest one, so the whole lamp would be made by overlapping elements. Those would be screwed on the correct place signed by a little bulge, which would show the place to pass the screw and increase the surface of contact.

The material made from hemp fibers were developed by a final project from IaaC students, oriented by Areti Markopoulou.

Designed together with Michele Tseng, Samuel Shapiro and Hashem Joucka.

Designed together with Michele Tseng, Samuel Shapiro and Hashem Joucka. 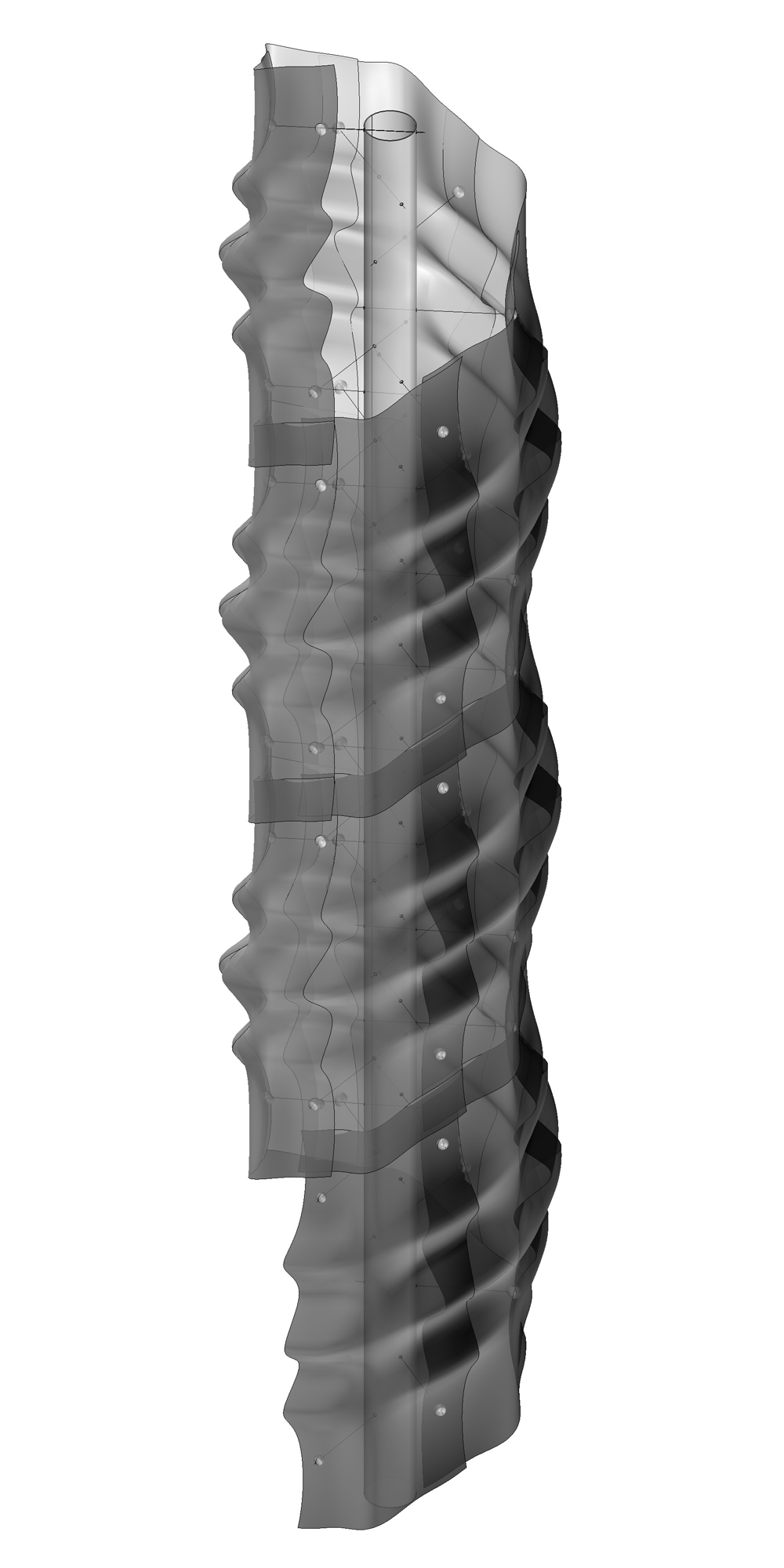 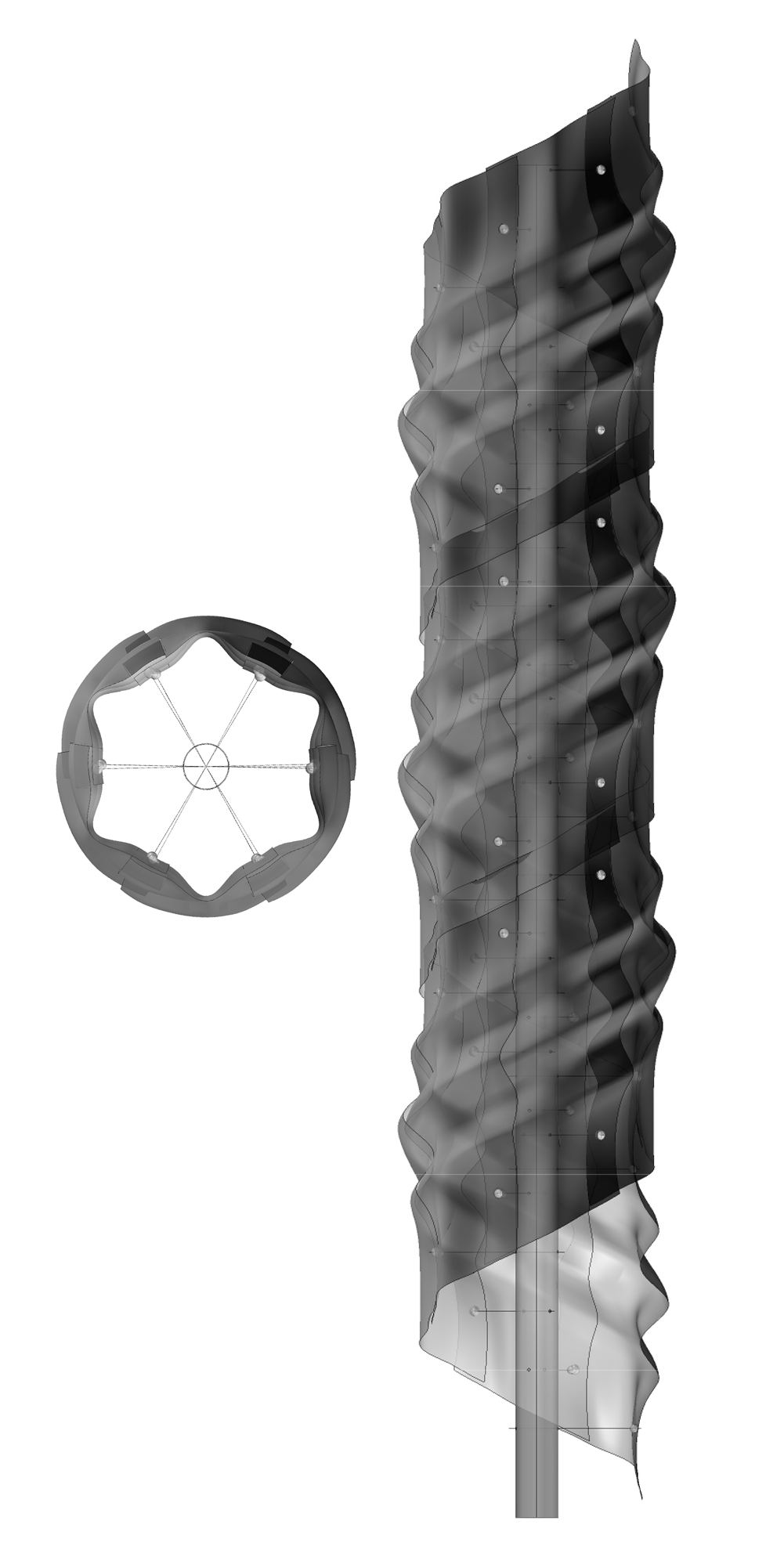 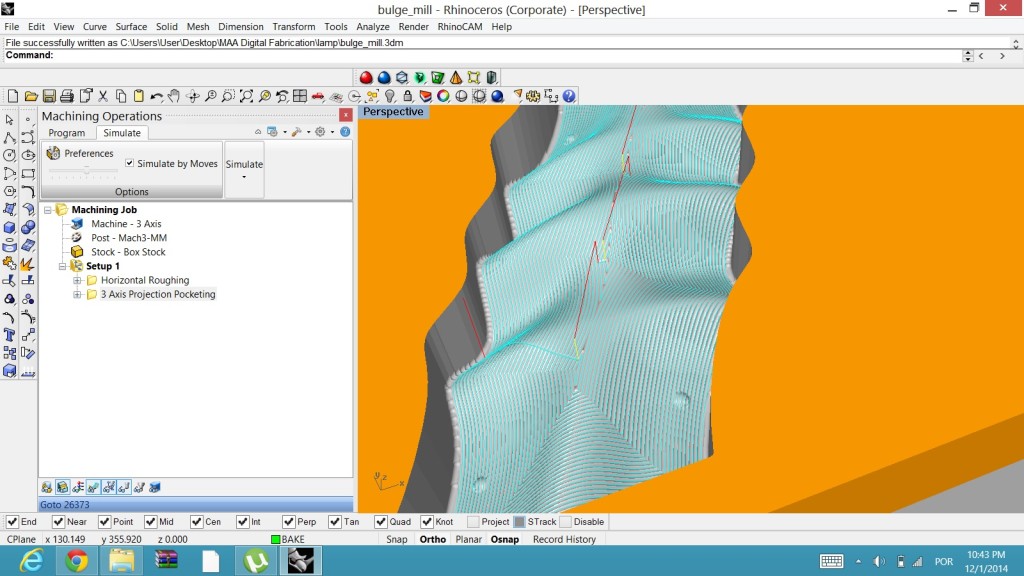 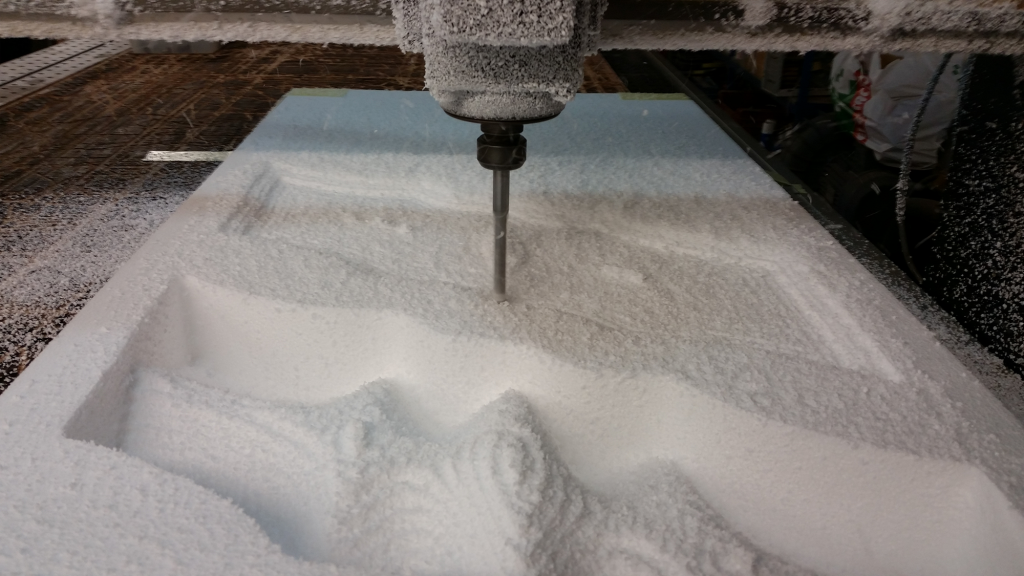 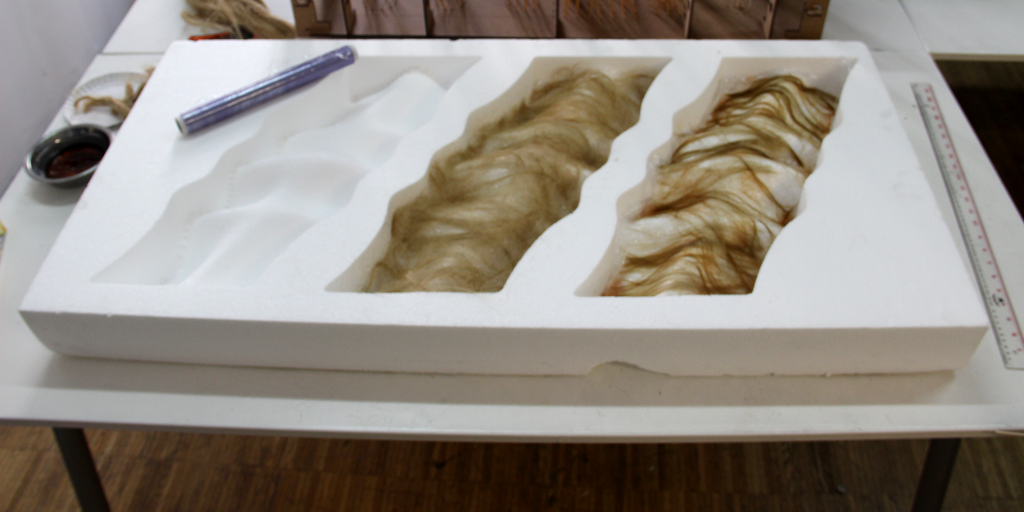 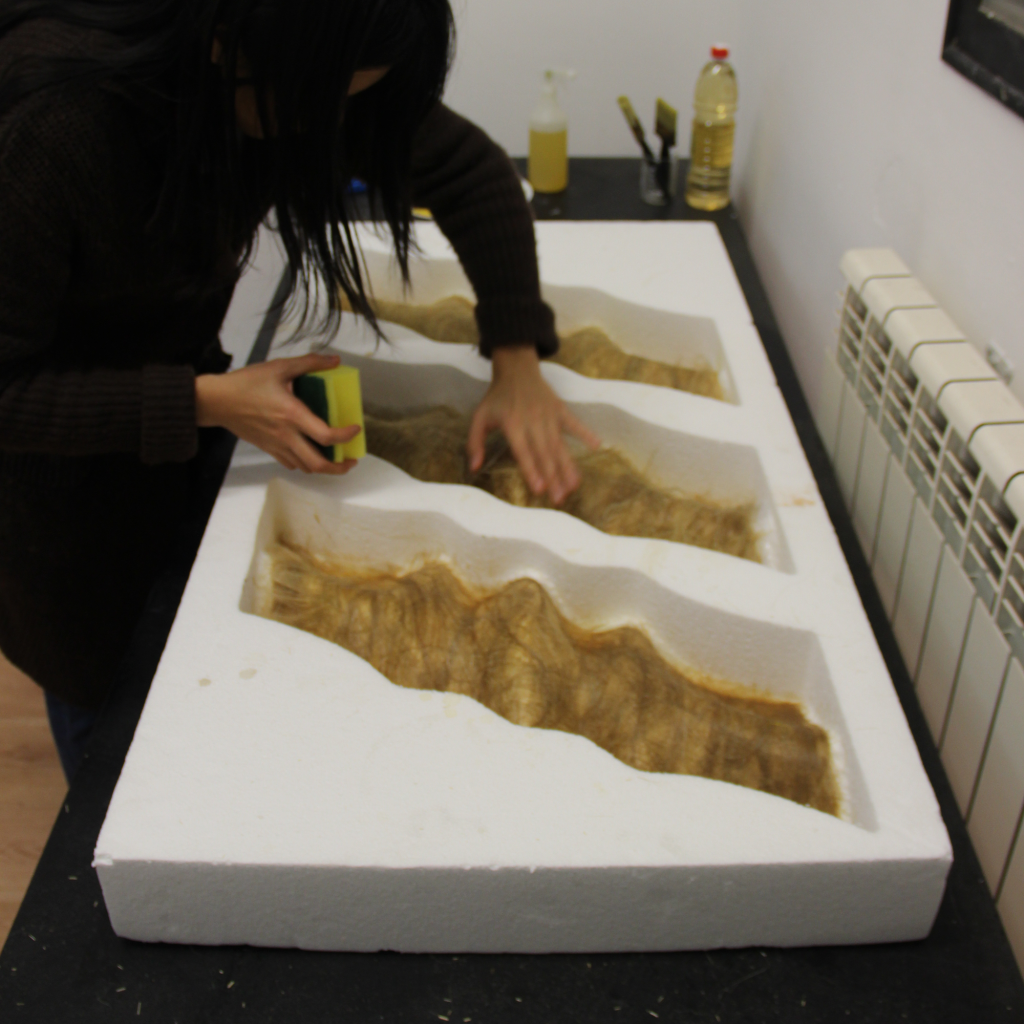 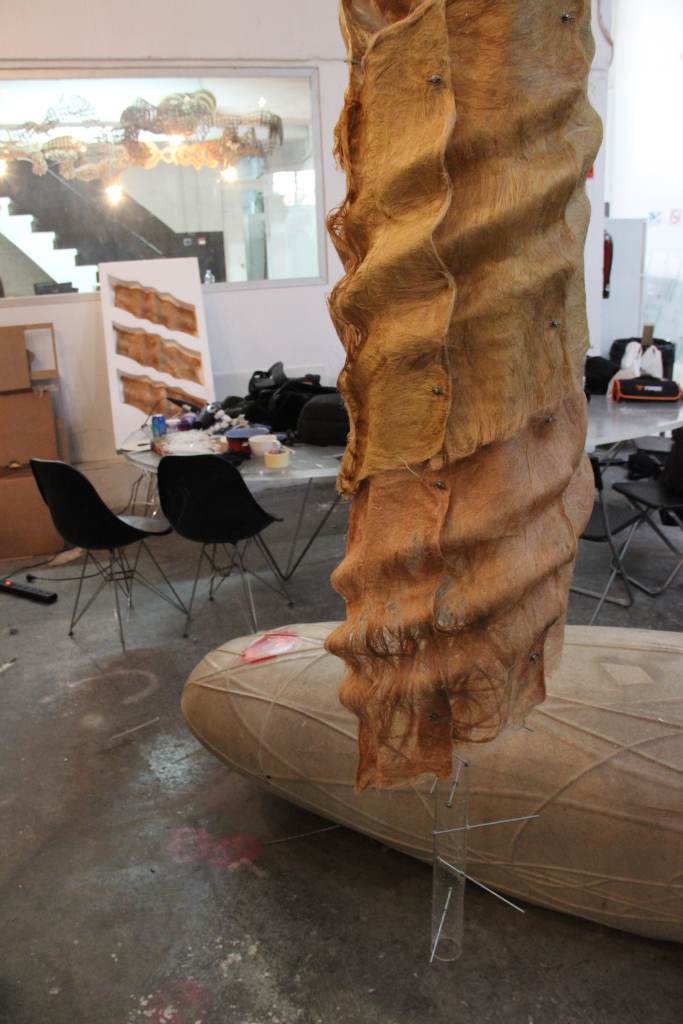 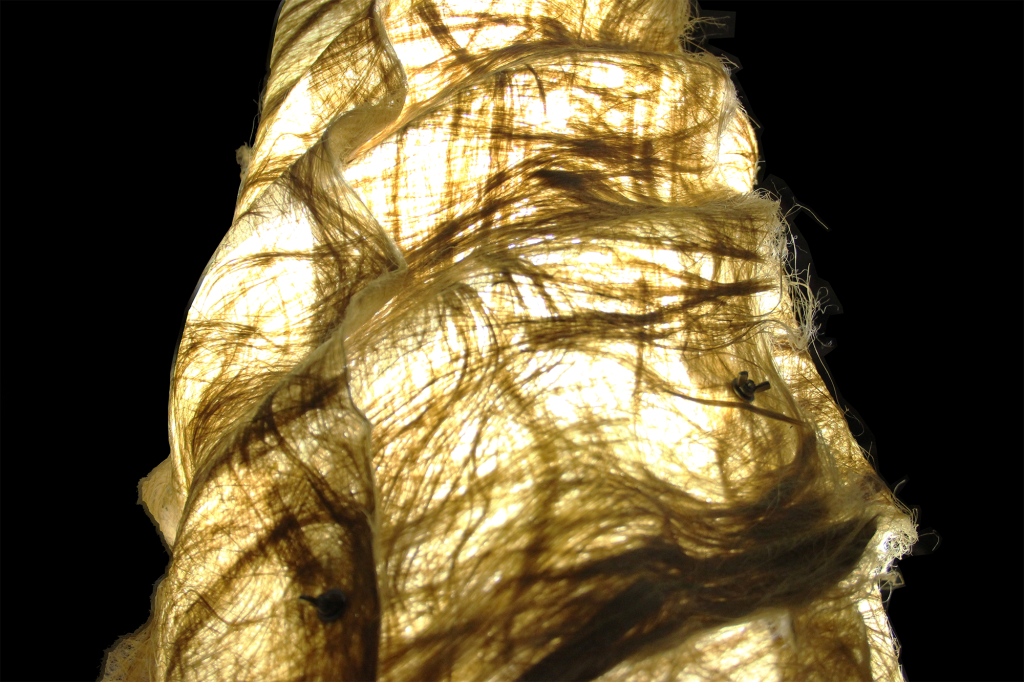 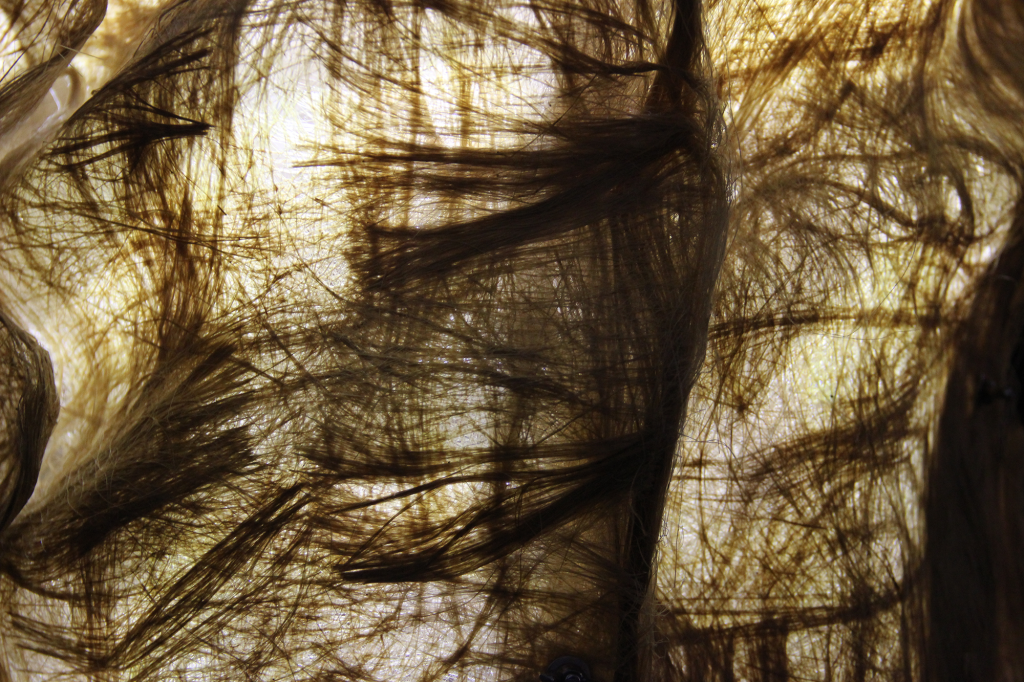 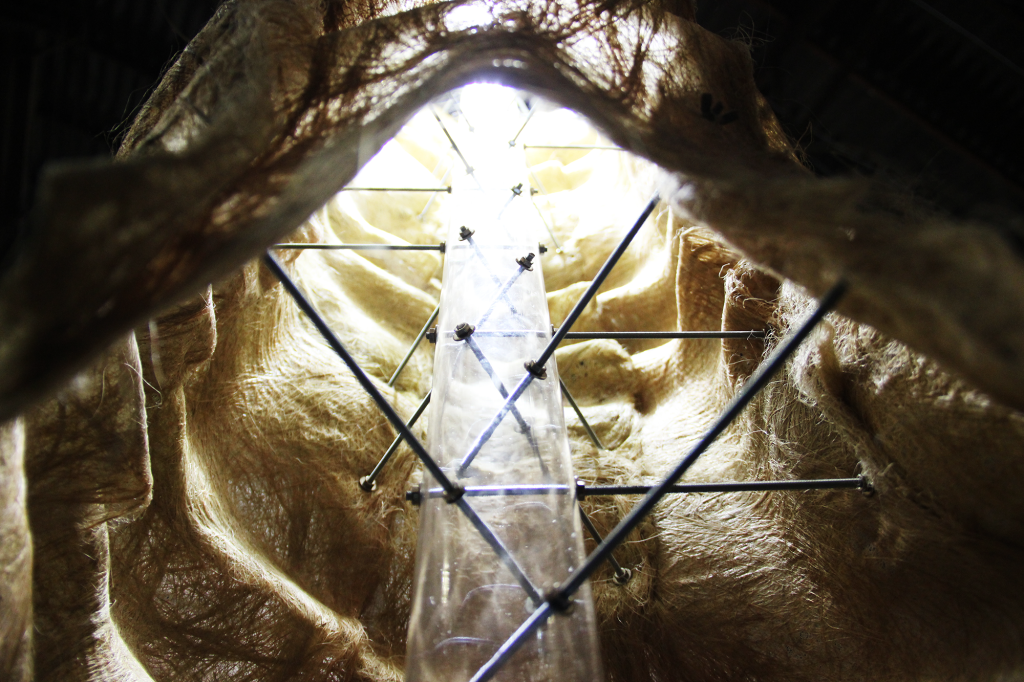 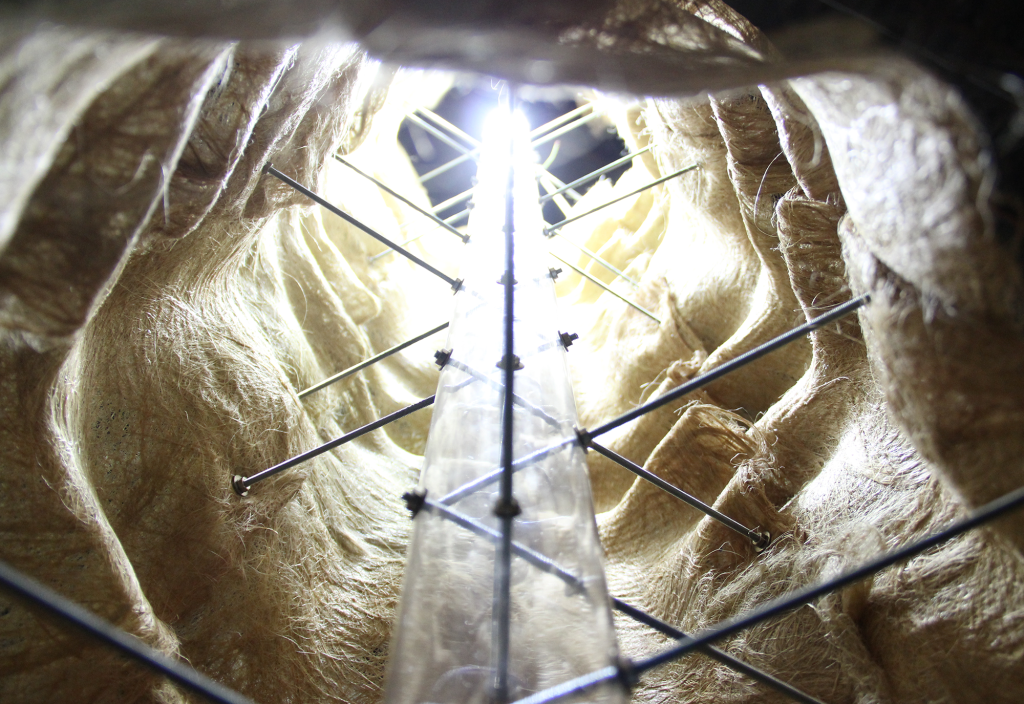