The building is an lookout and a place for contemplation of people of all religions and beliefs , commanded by light. Project submitted to the “International Velux Award 2010” and not awarded.

The proposed site for intervention is the top of a hill on a farm in a town in the countryside of Sao Paulo, which already has a small lookout for the landscape of hills in the region and is located 3.2 km far from a large and important catholic seminar built in the 1950s.

The building consists of a large concrete and stone underground room (22x30m) with an opening on the ceiling of 14×20,5m, where steel blades redirects the sunlight toward the center of the room on the floor.

Despite the change of the angle of incidence of the sunlight over the day, the steel blades continue to redirect the light and allow only a band of light on the floor, creating the perception of permanence , even with the passage of time. This room would have entries from trails through eucalyptus plantation, or by a small square of the surface of an old aircraft track.

When passing by the area, the visitor would be attracted to the contemplation room below ground level, where it would have access to a staircase, which will be the access to a lookout. 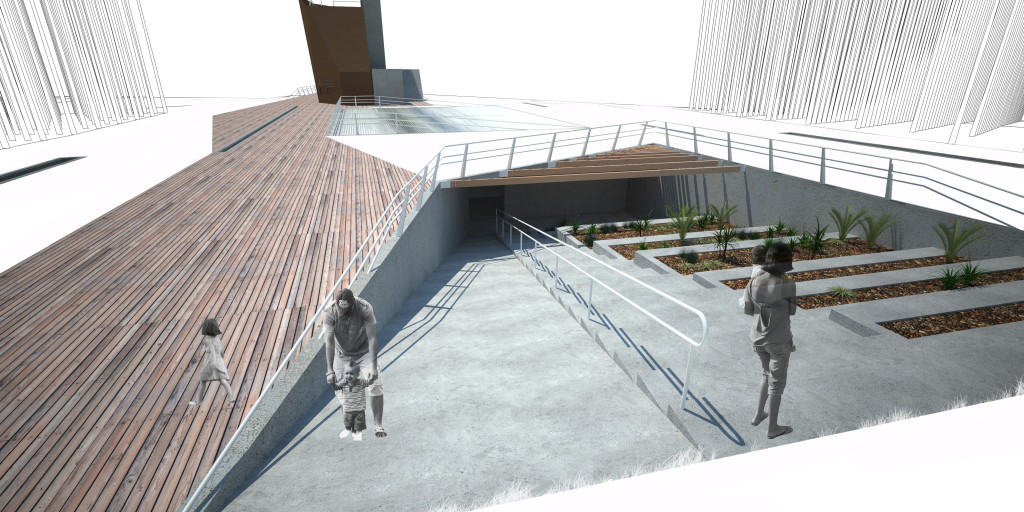 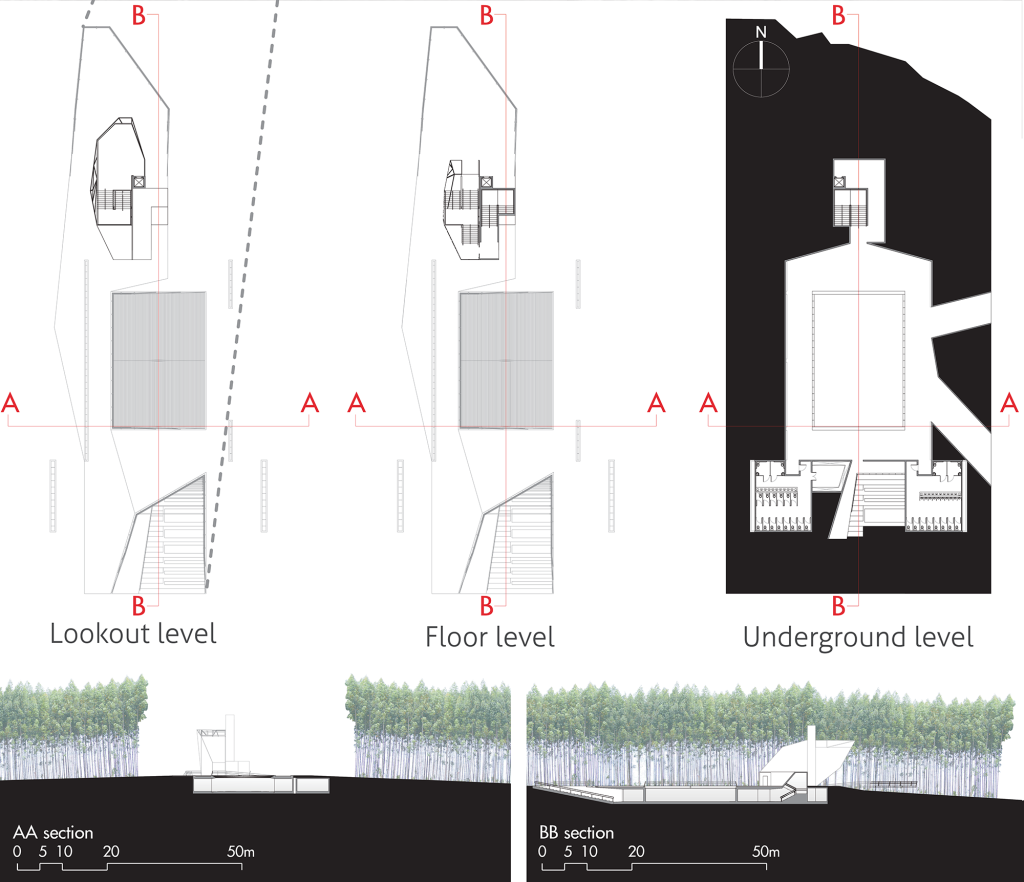 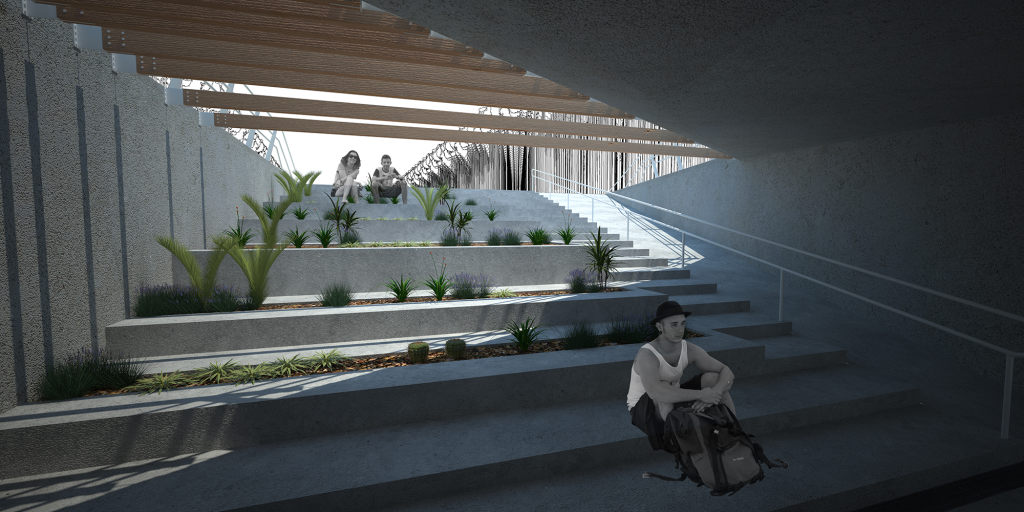