By request of the organizers of the exhibition it was conceived a hypothetical new headquarters for the museum.

Selecting the main icons of each of the three major Modern Art Museums in Brazil (São Paulo, Rio de Janeiro and Bahia) as the marquise, the structure, and the main staircase, they were united in a single new museum.

The circulation and connections between levels emerged by the relationships that each museum initially possessed with their area. Initially these analyzes were only quantitative, but with the development of the project those became qualitative which enabled a rich design that is not only a mixture of three iconic buildings in Brazil, but a fourth independent building that could be built anywhere.

The model was entire parametrically developed, which provided a rich and more comprehensive research of shapes and forms.

Conceptual and design development along with the office SUBdV 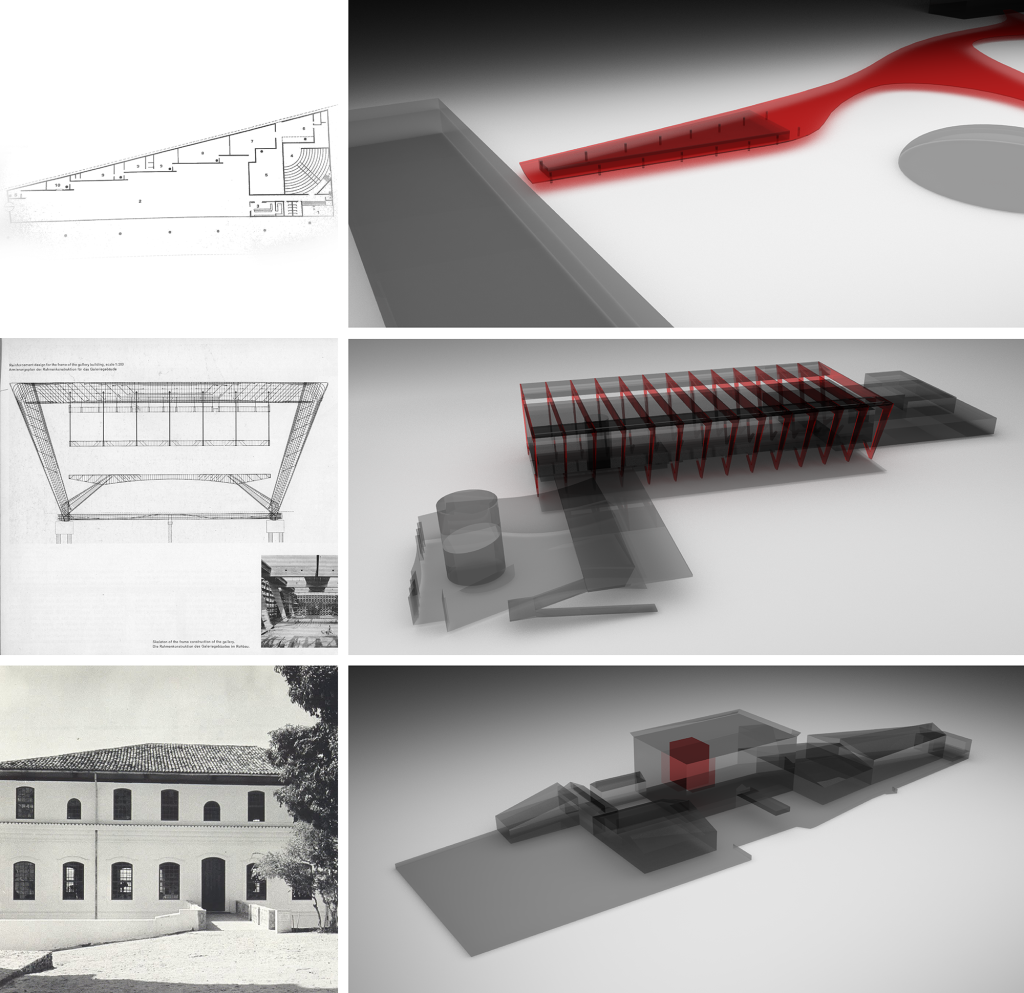 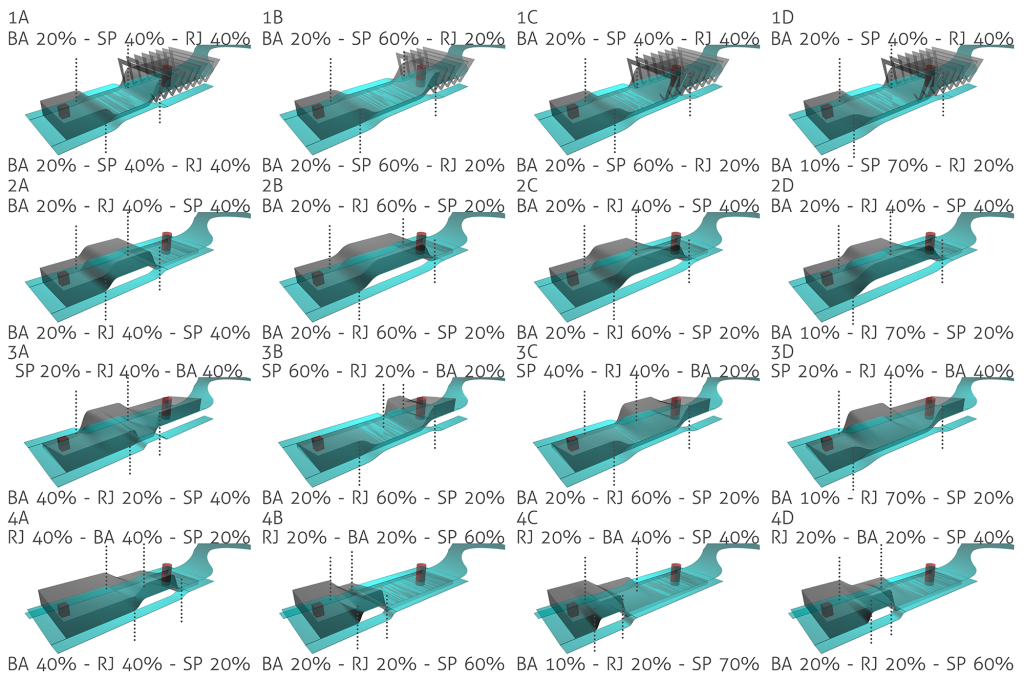 Digital model of the final project with a color coding of the iconic characteristics of each modernist museum. The blue Marquise from São Paulo’s museum, the red Porticos from Rio’s museum, and the green staircaises from Bahia’s museum. 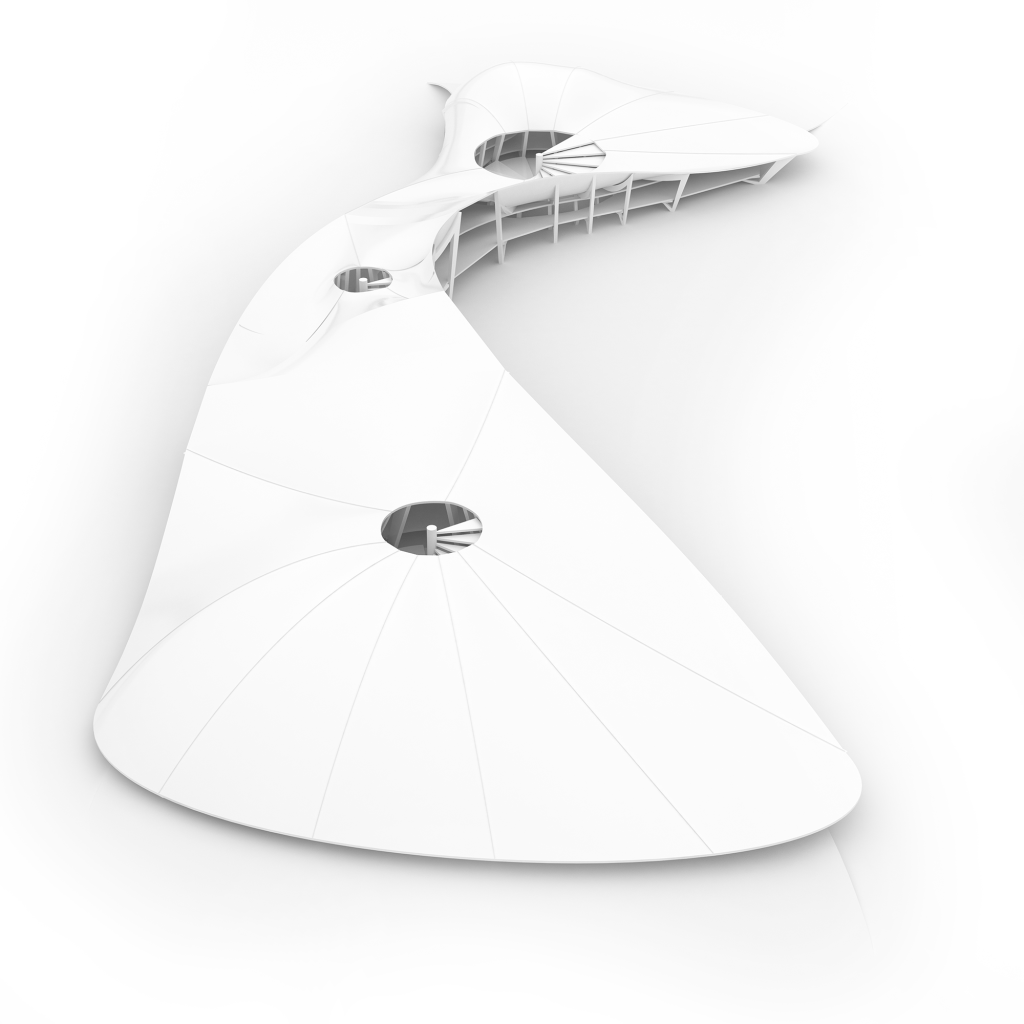 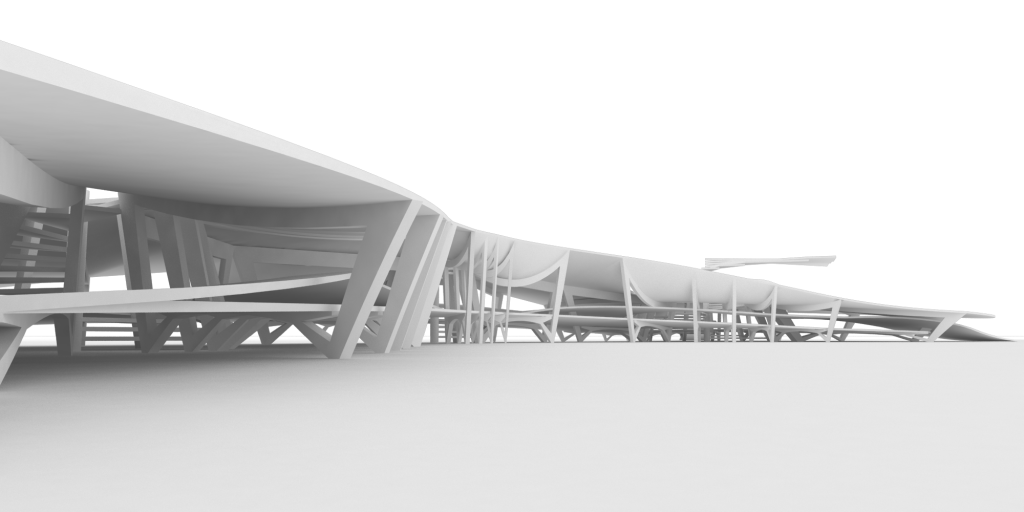 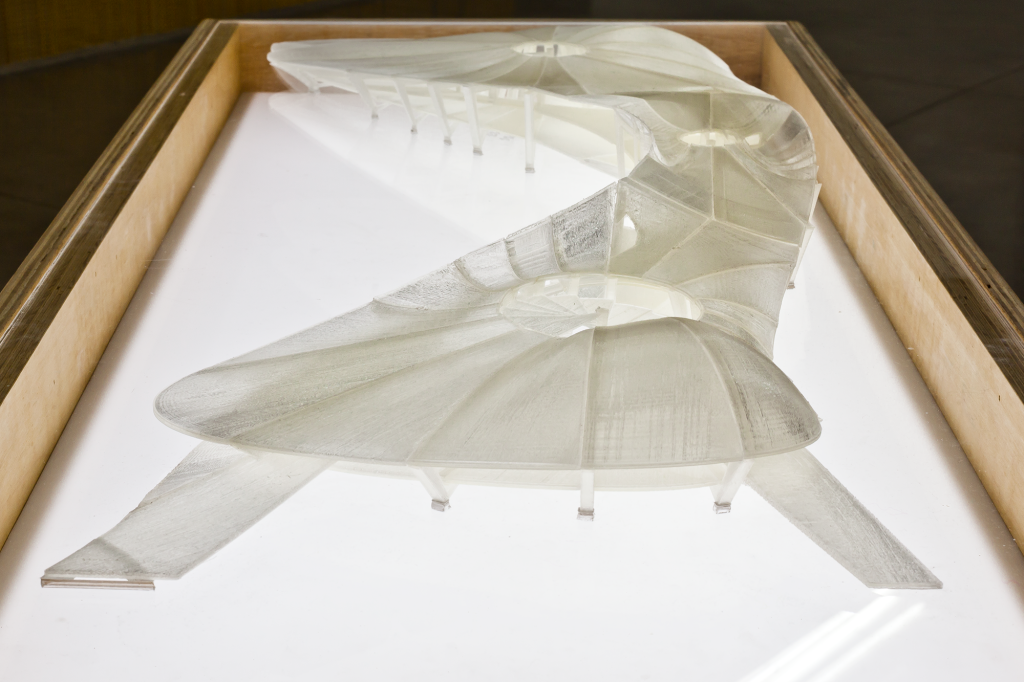 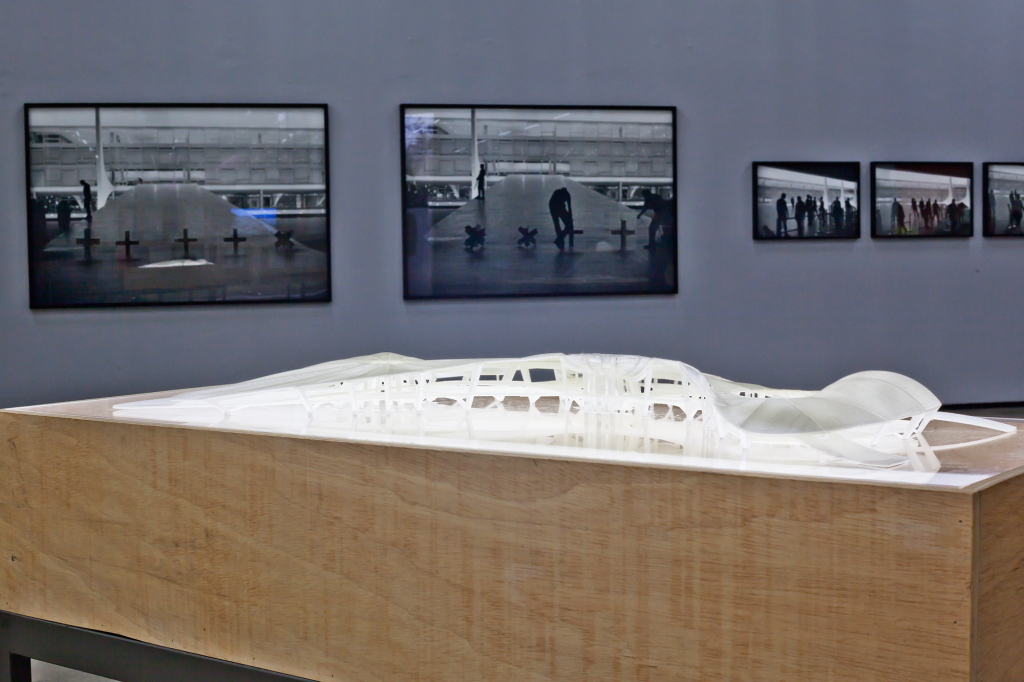 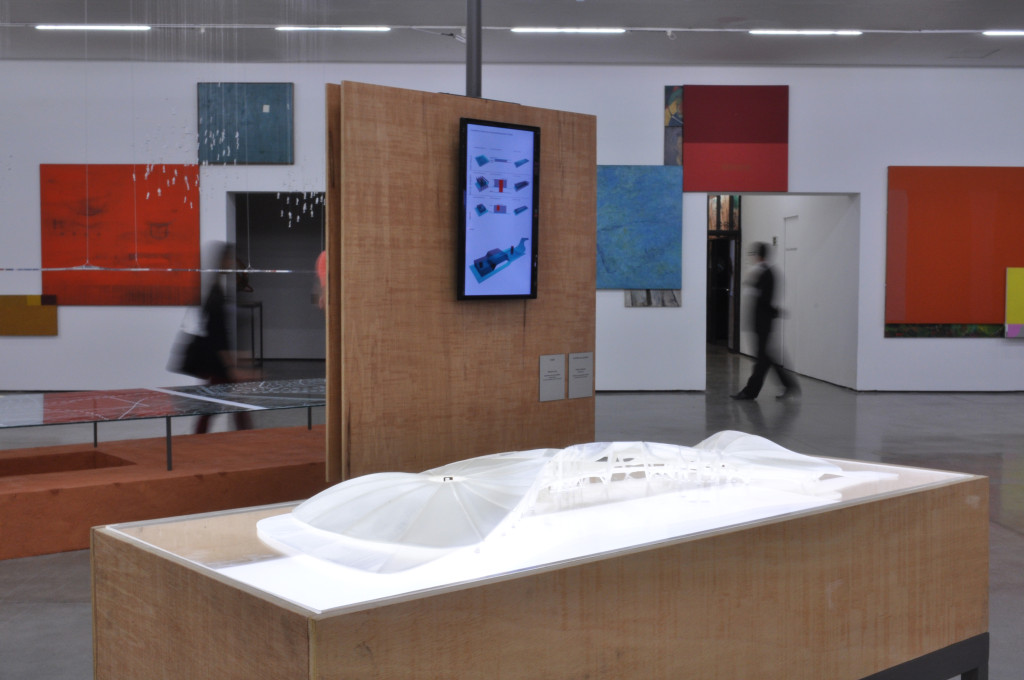