The hotel owners desire was to renovate all the rooms of a 9 years old hotel but possessed a very low budget.

A proposal of only exchanging walls and floors finishes and making the main change in the space by updating the furniture was within the budget limit. The layout of the hotel room was improved by making a better use of the space, such as placing of a third bed, and conflicts of uses were avoided, such as between people who like to watch TV or work on the table and clients on the bed.

The design process started by digitally modeling all the existing pieces of furniture in order to take advantage of the most of available material and avoid using new material, modeling a new furniture with no new material.

The CNC cutting files were generated and every week 10 new rooms furnitures were disassembled, reformed, and reassembled every week. 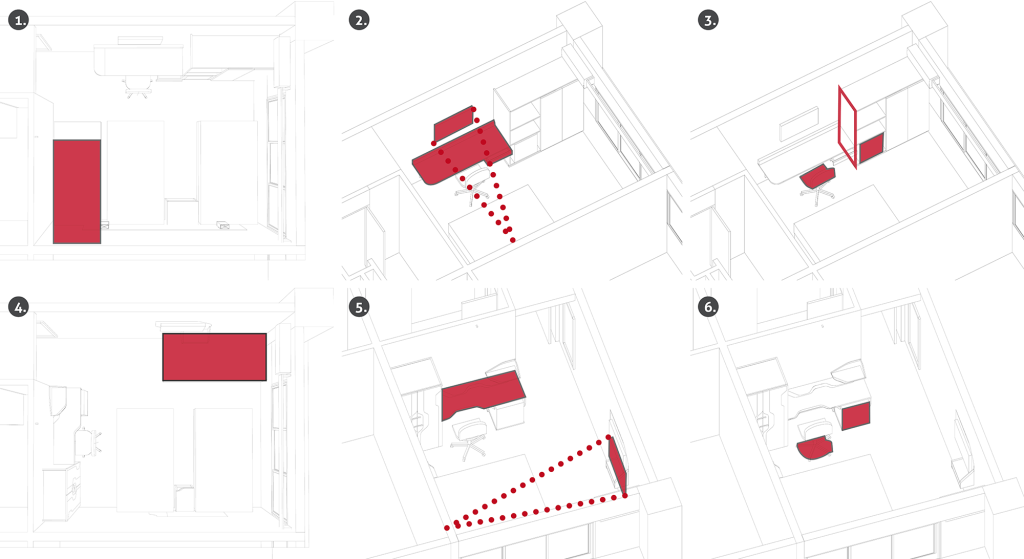 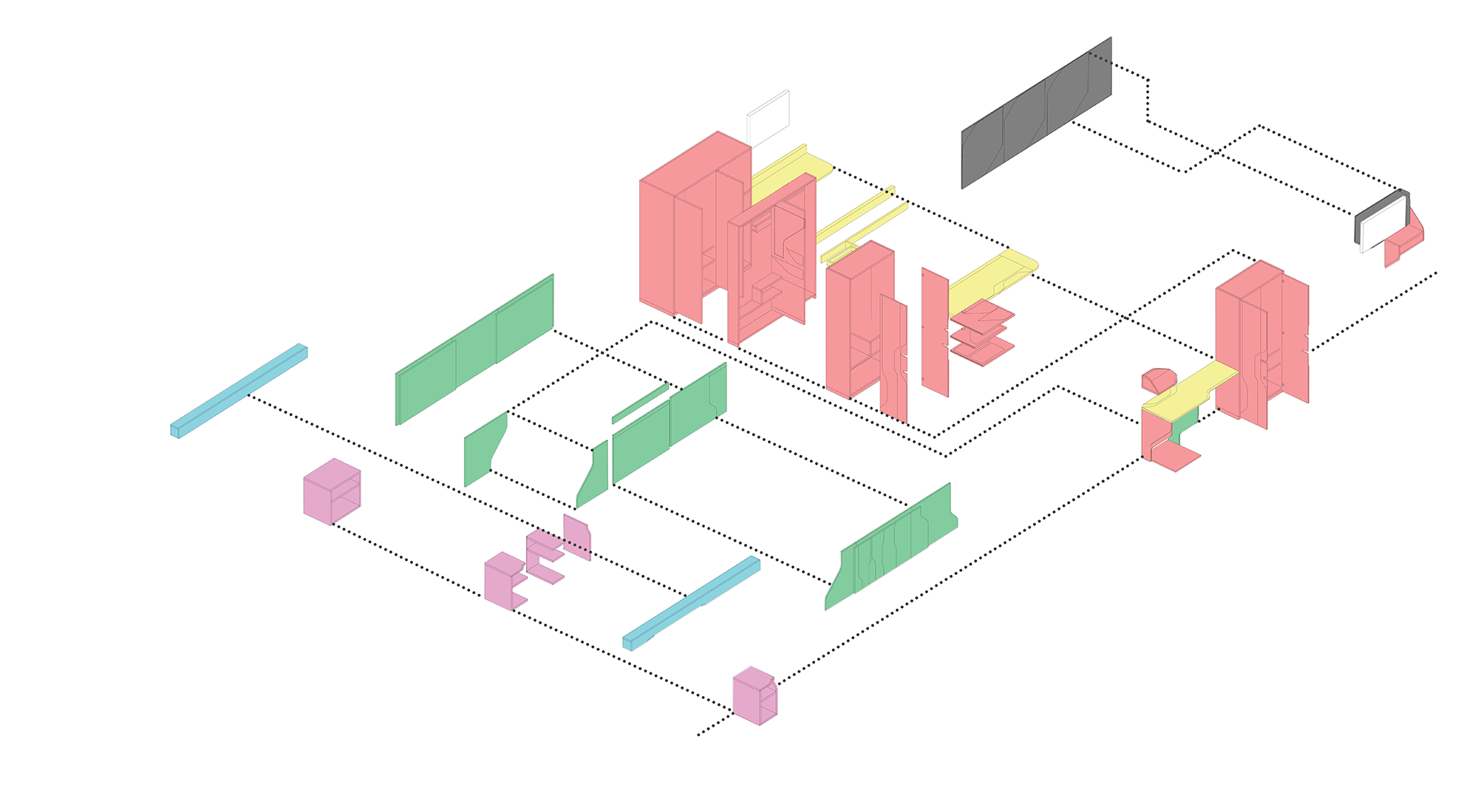 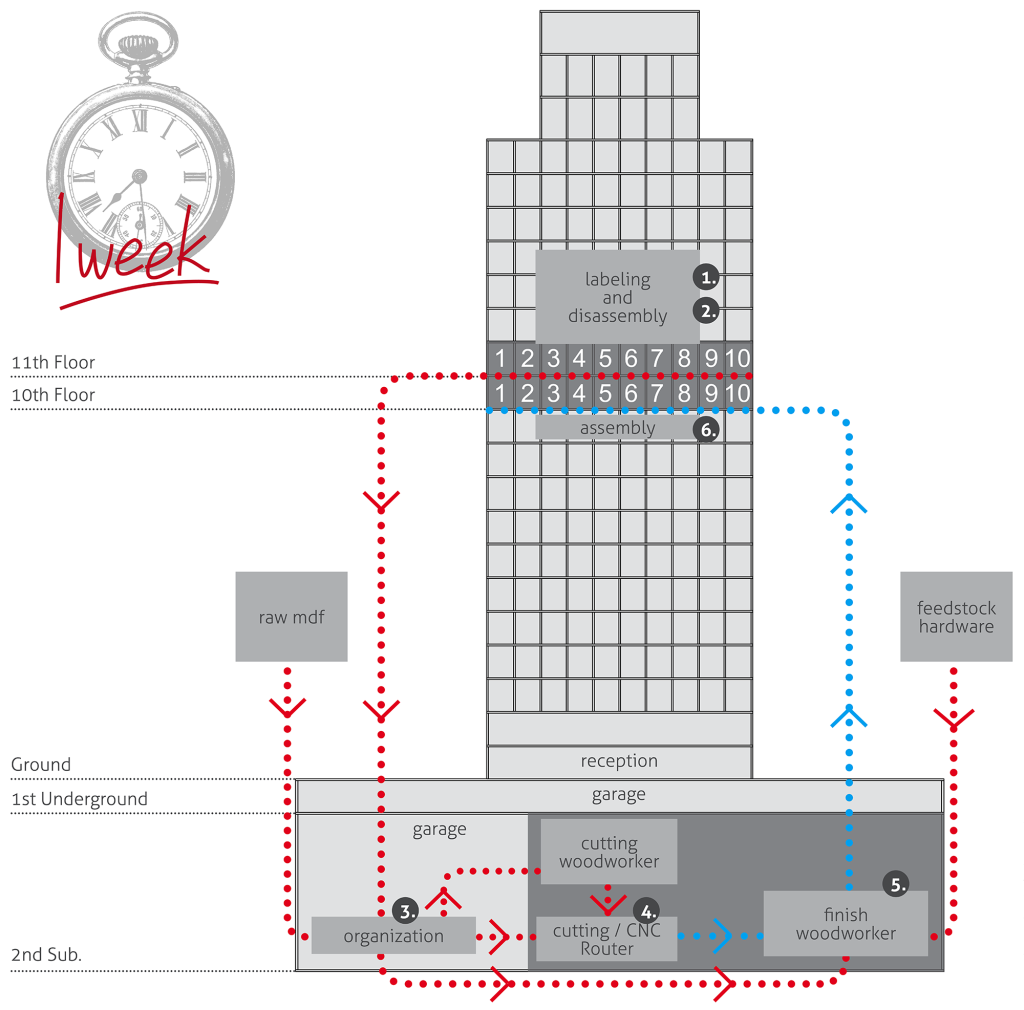 1. The process of fabrication starts with the labeling of each piece of wood which will be cutted; 1a. The label contains all the information that the architect, the CNC Router operator and the woodworkers will need to produce and assemble the new furniture. It is a way of the architect to have a control over the production and a method of comunication between all the workers; 2. The woodworkers disasemble all the existing furniture of one floor; 3. The parts of the furniture are organized by groups, indicated on the labels; 4. The CNC Router operator starts to execute all the milling archives on each part of the furniture. The indication is written on the label. In some pieces, the woodworkers need to do simple cuts on the existing piece of wood because it is a simple straight cut or the piece of wood does not fit on the CNC Router table; 5. The woodworkers make the finishing work on all the cutted parts by the CNC Router. This consist basicaly on sealing and sanding; and 6. On the final stage the woodworkers assemble the most of the furniture they can on the underground based on the information of the labels and finish the work on the bedrooms.

Early in the design process CAD CAM tools and techniques were used as:

Modeling of all existing furniture, dismembering every piece and maximizing the use of existing raw material; Use of CNC Router in the manufacturing process, with the design of the cuts taking advantage of the milling machine, making cuts that would be very difficult to be made ​​by a traditional method of joinery; and Rapid prototyping parts of the furniture to verify issues like scale and configuration of CNC Router, issues which would not be perceived in the digital design process, since it never has all the physical characteristics of materials.

During the design process phase were made a total of four complete bedrooms furniture prototypes that helped the customer to choose the option that most pleased him and helped the architects to correct final global errors. 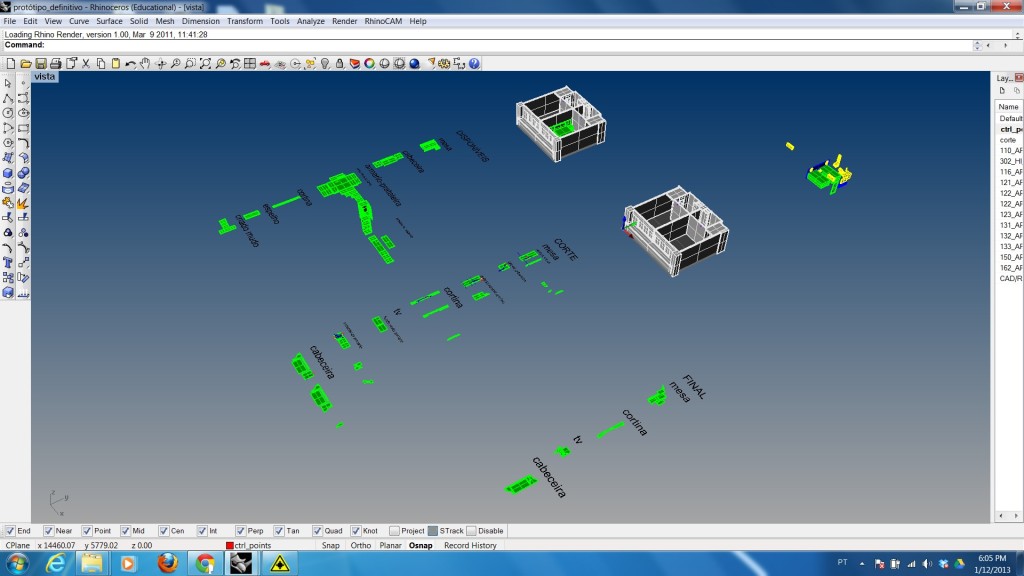 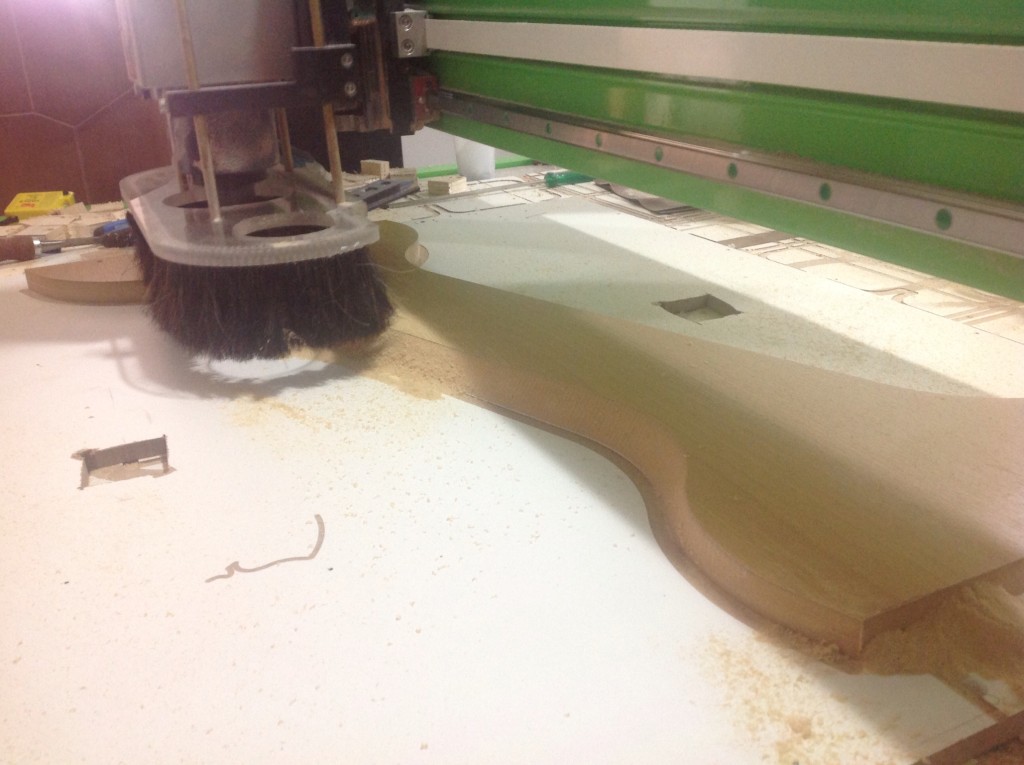 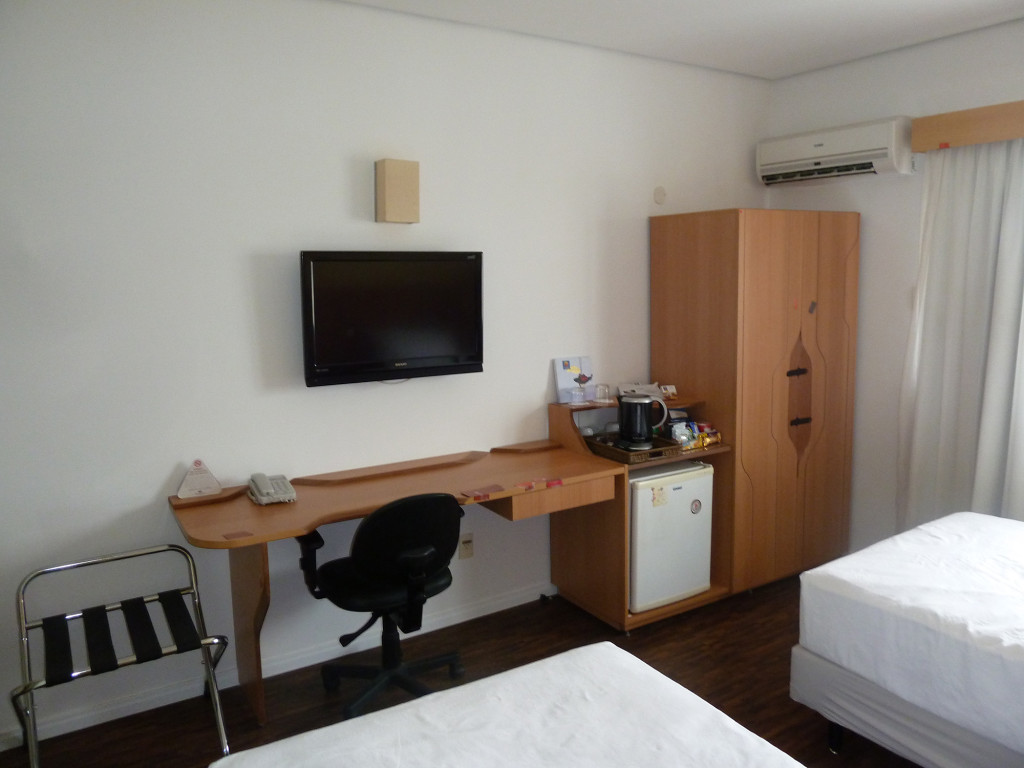 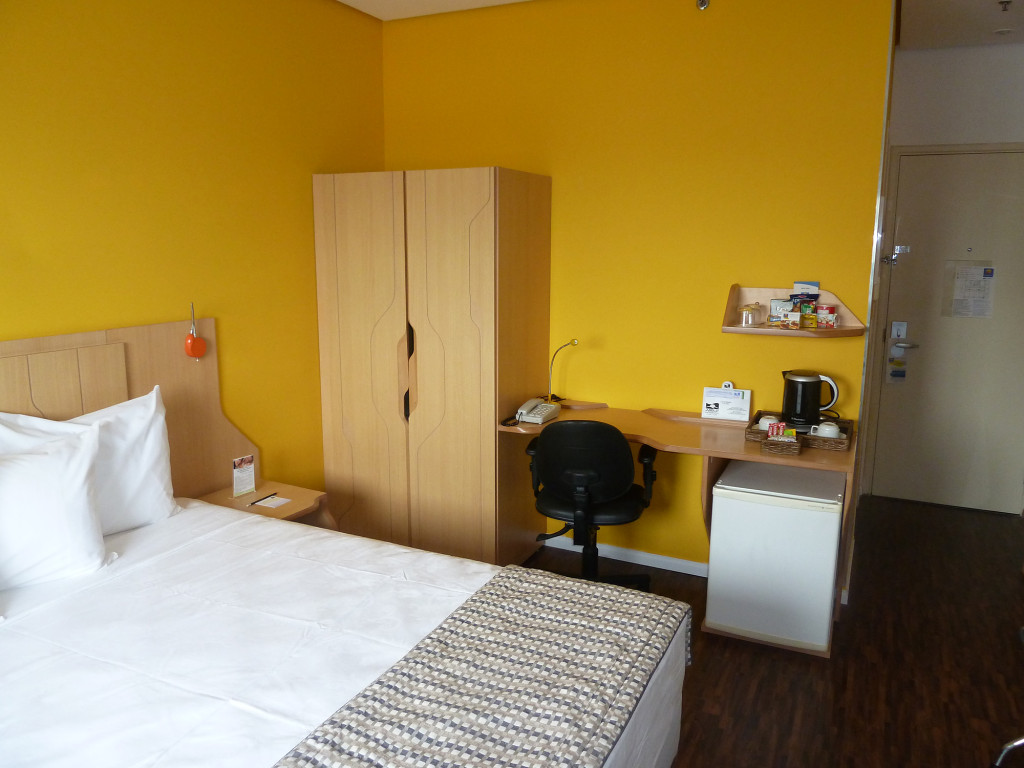 During the design process, the client insisted on seeing how the bedrooms would be if the furniture had applied formica. This idea was discarded by bursting the little budget they had to reform all the 171 bedrooms. 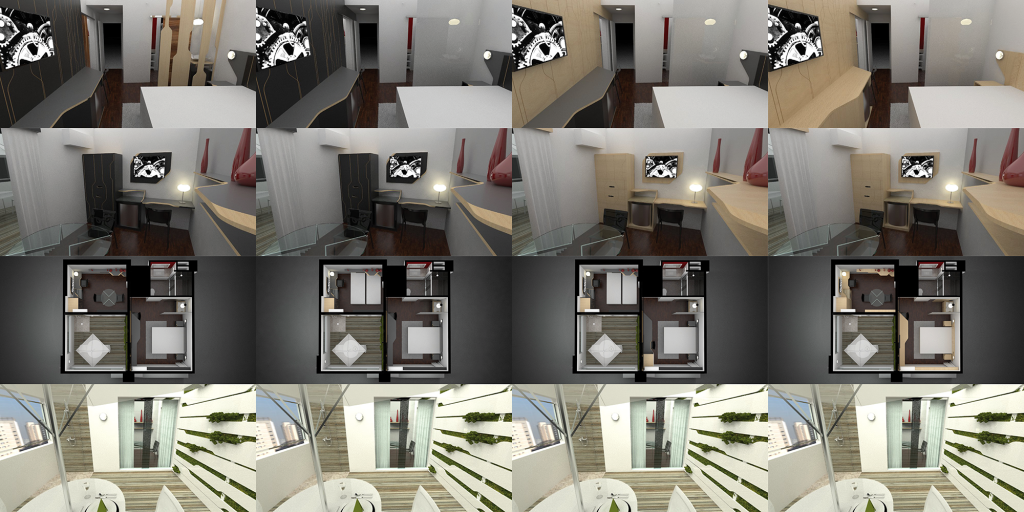 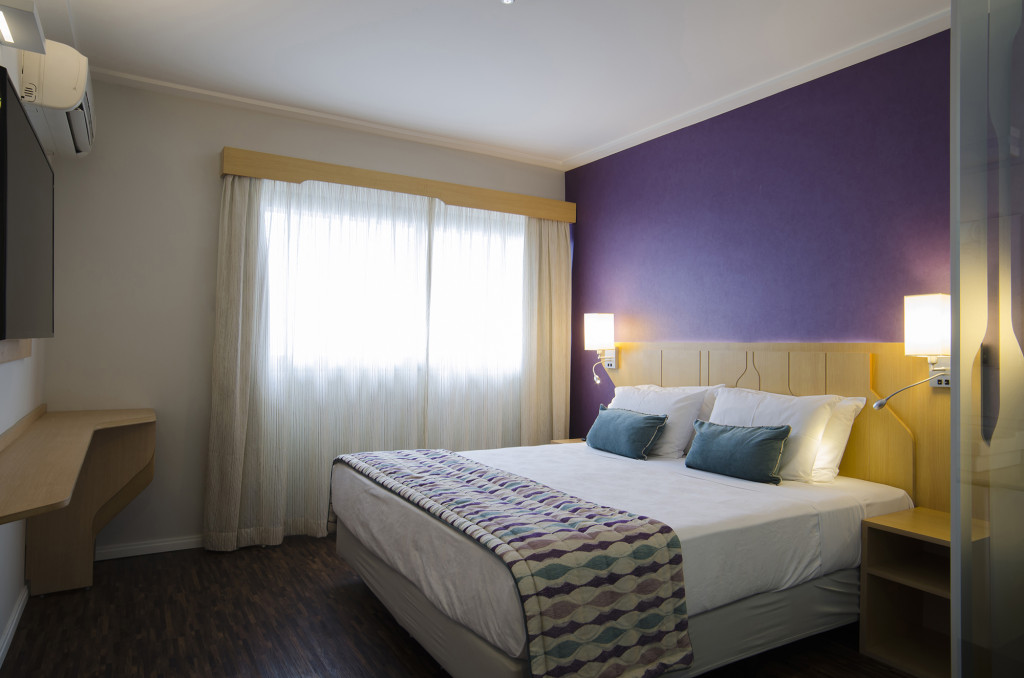 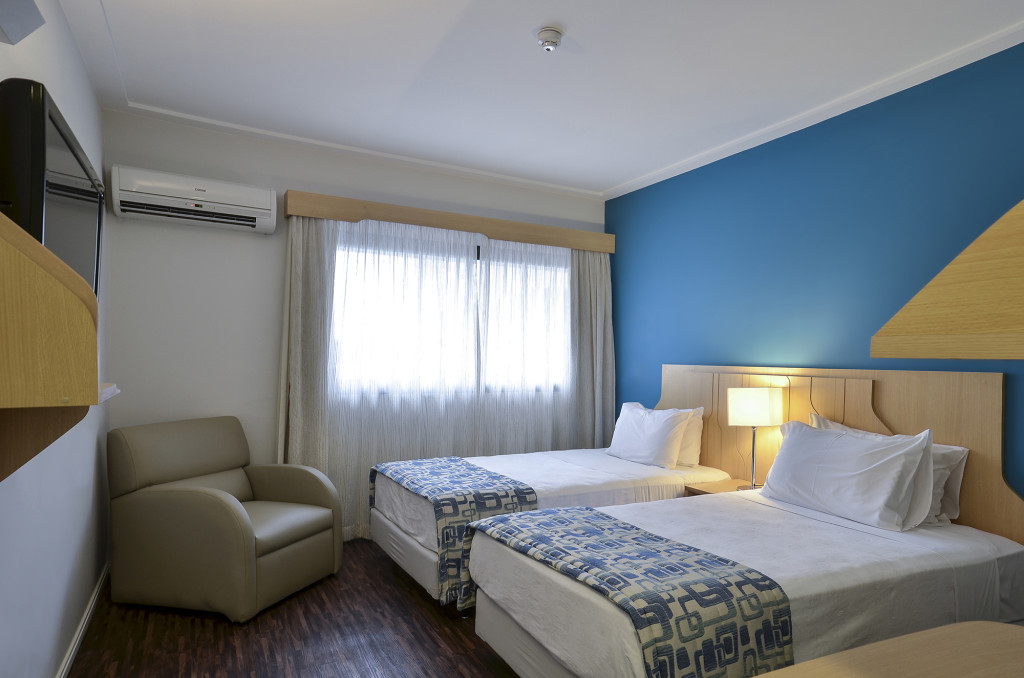 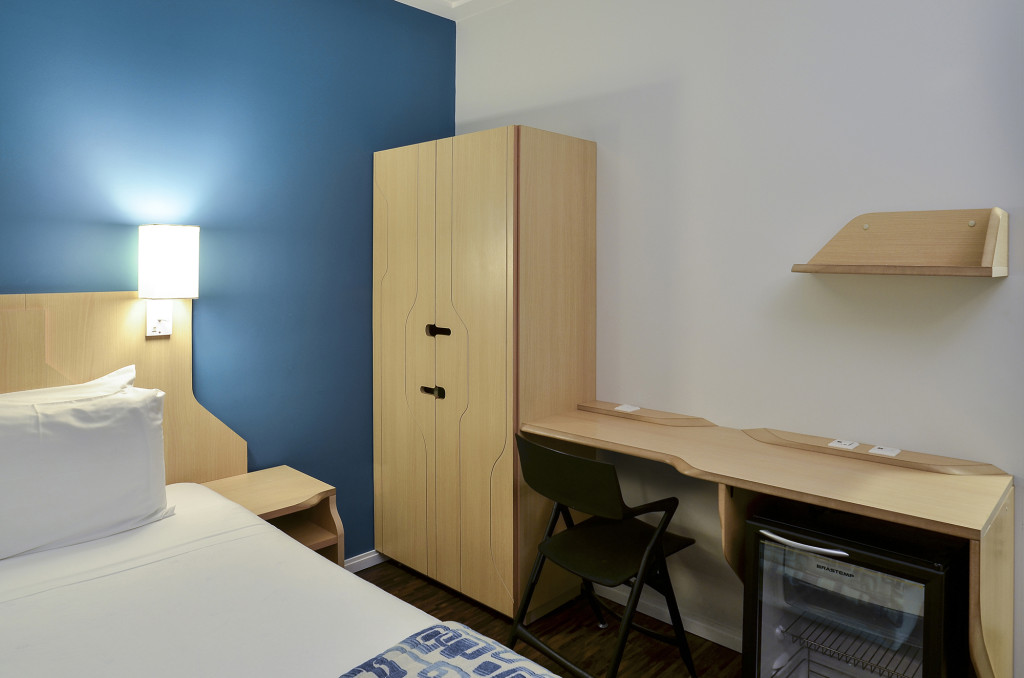 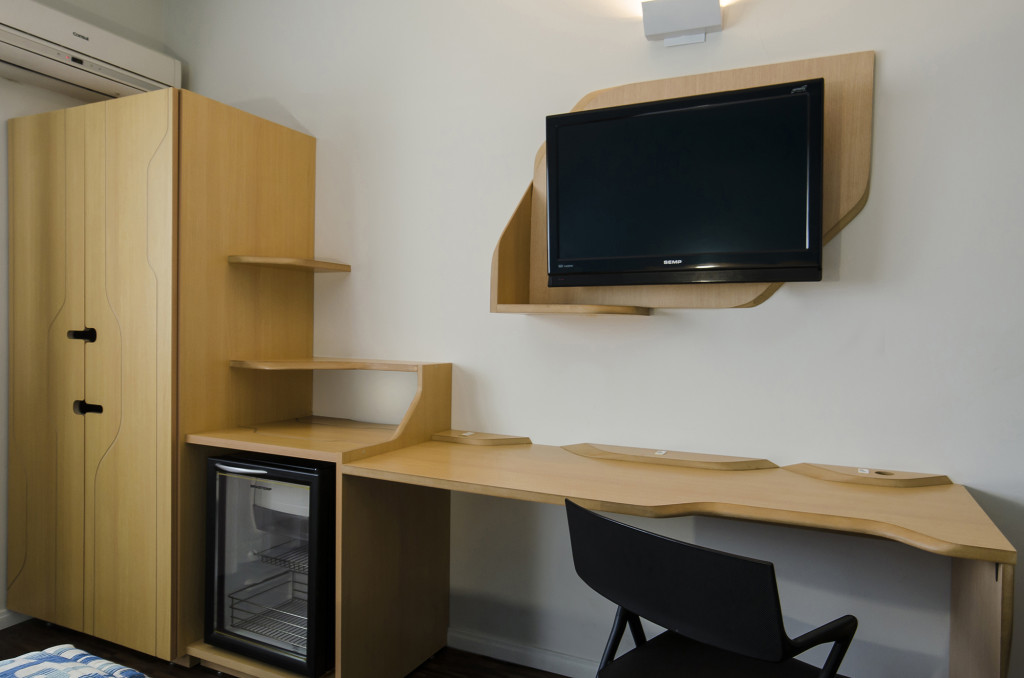 Reforms were also made ​​in social areas of the hotel such as meeting rooms and the pool area, as following. 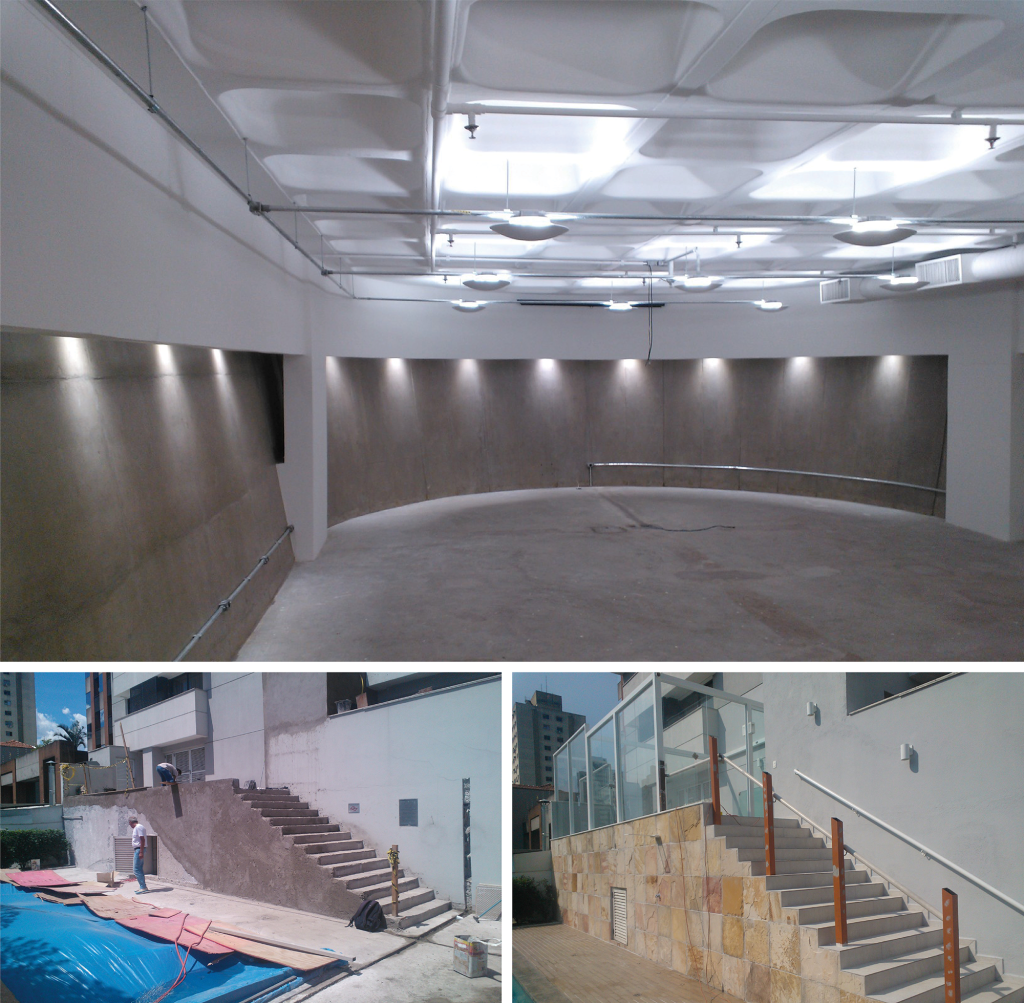