The entire executive design of the interior of the building was done, as well as the design and execution of the furniture. This was thought as MDF furniture with Formica already applied at the factory that would be cut by the CNC Router. The pieces were designed in order to be fitted to each other, thus, was taken advantage of the accuracy of the CNC Router, on functionally and aesthetically way, and the tables could be assembled by employees of the factory (people without a woodworker knowledge), only with the supervision of a woodworker.

It was designed and implemented a railing for the stairs and acoustic panels of wood into the administration. These were also made with MDF with Formica already applied at the factory to reduce costs with the woodworker. They also possessed a system of plugins to maximize the use of MDF boards and holes that make reference to lighting that the sun produces inside of the building as it pass through the holes in the brick wall. 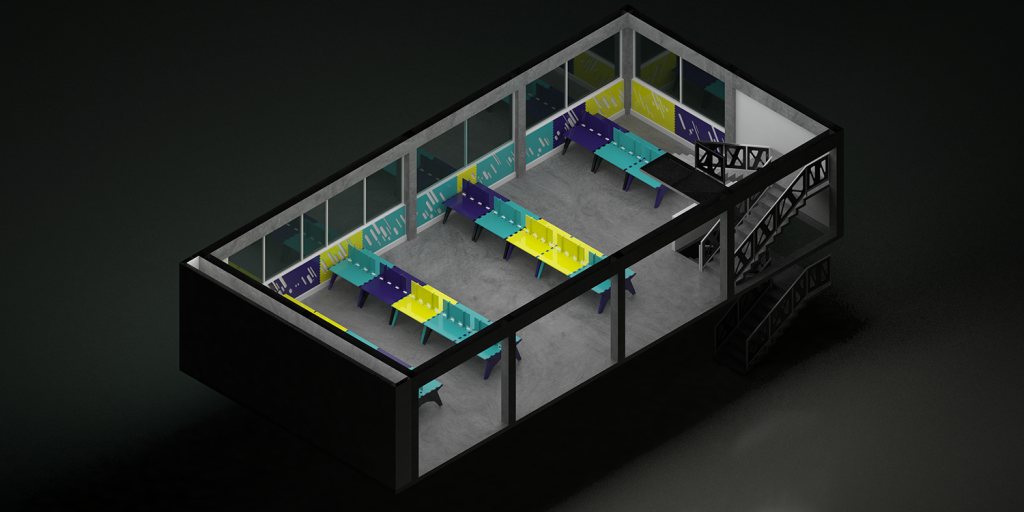 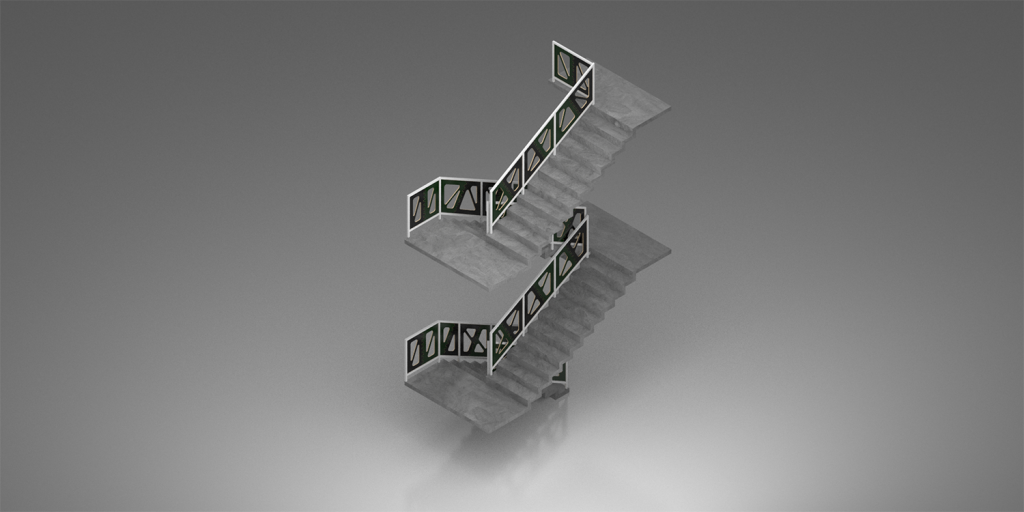 Process of development of working tables of the administration sector of the fabric:

The concept of the furniture was to create a table which could be assembled and disassemble fast and easy, due to the FabLab style joints designed. The design of the joinery took advantage of the used method of fabrication, in a aesthetically and functionally way by creating a table with different design that would be assembled without the need of glue and with only five screws. 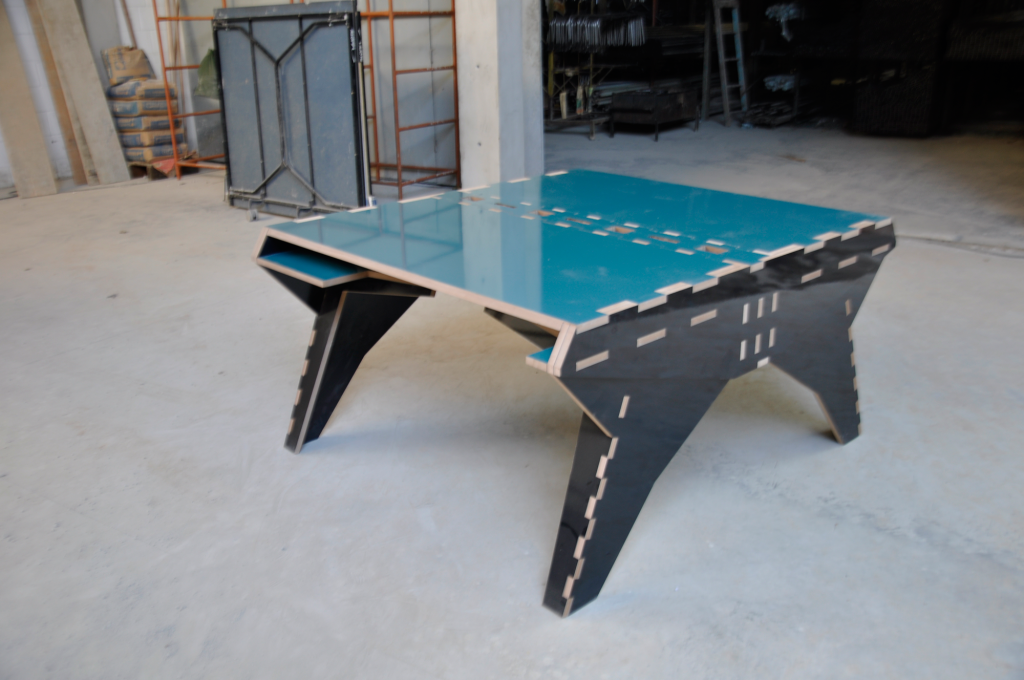 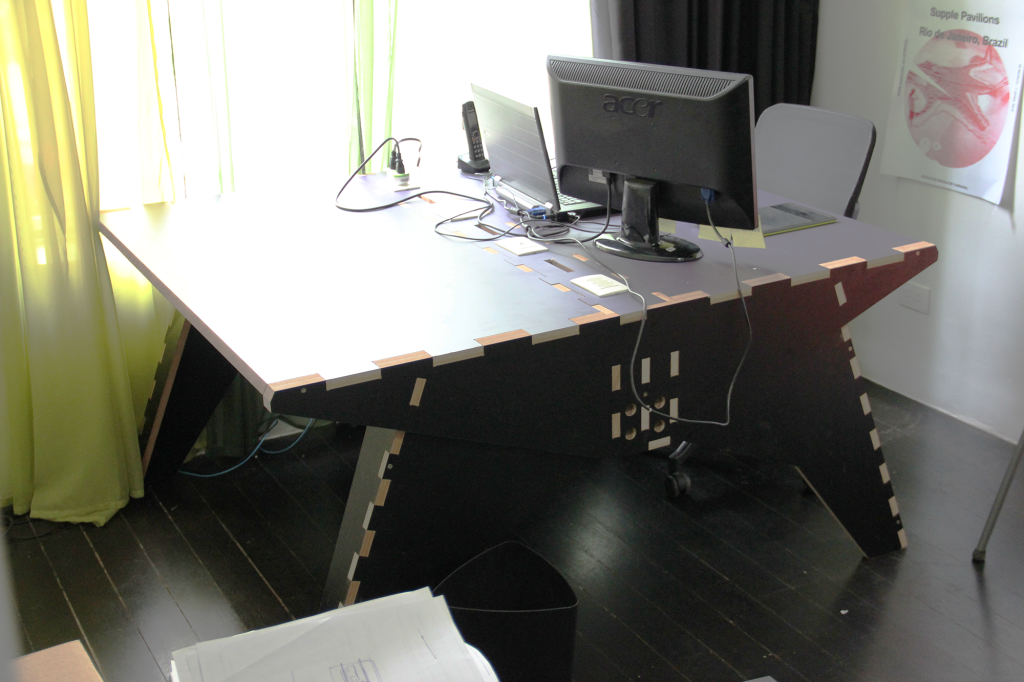 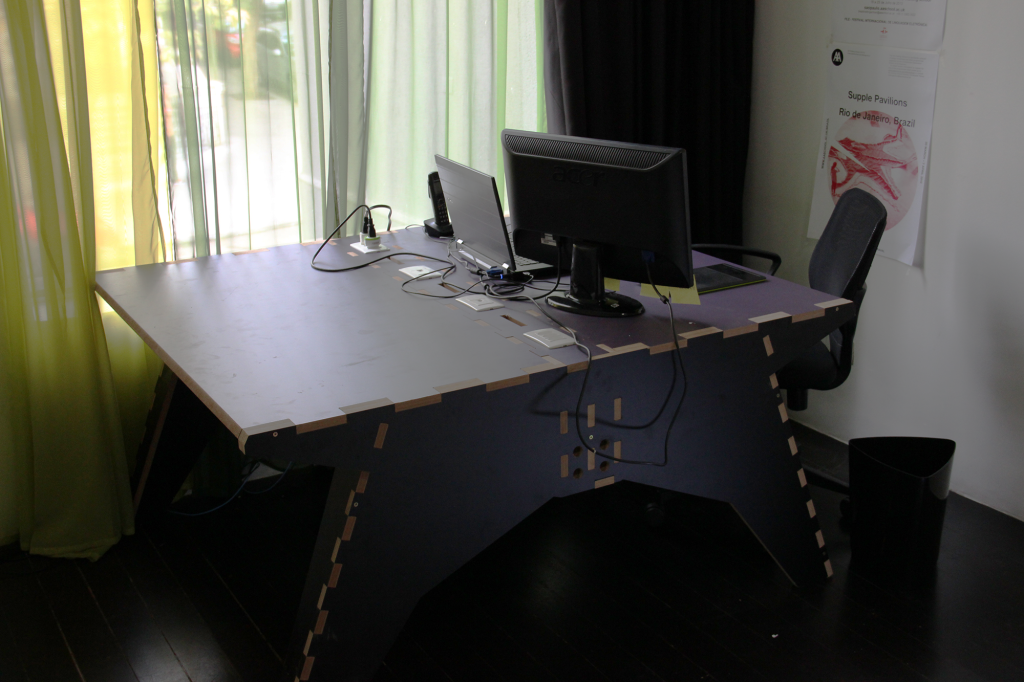 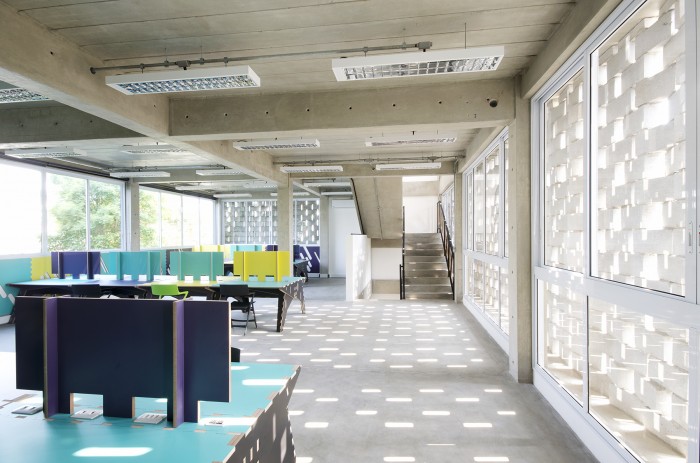 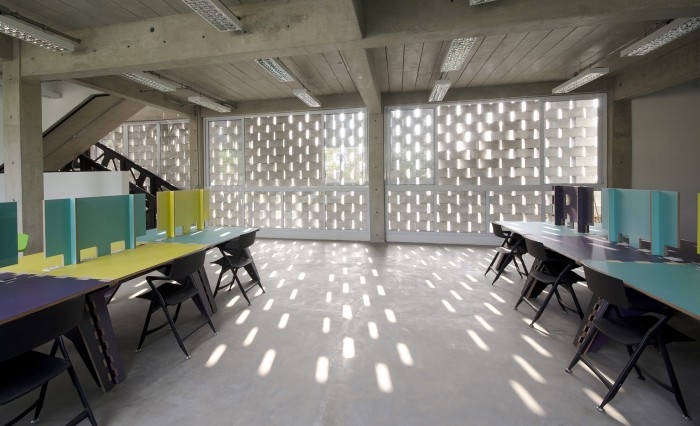