The Hostel is located at Khao San Road in Bangkok, one of the most famous among western tourists. Its owners run the business for many years and wanted to re-brand its identity and renovate the physical areas of the hostel to appeal to a more younger audience used to Internet booking hostel services.

The concept of the project consisted in creating a space that would be functional, demand low maintenance, to be durable under to the high flux of people, appeal to a more young audience and needed to be easy to be executed, since the owner itself decided to coordinate the construction. This last aspect played a significant importance to the design, specially of the facade and lobby, that were all designed parametrically and made through digital fabrication process, such as laser cut plasma machines. The construction of those would be made basically by assembling ready made pieces.

The design of the main areas started by the previous principles creating an array of the same elements. Those would be made from copper metal sheets  cut by digital fabrication tools and bended by steel workers in a mass produced process. After it, the elements would be applied to the facade, which has been previously cut from copper sheets and marked the location of those elements by engraving those metals, making the build process faster. 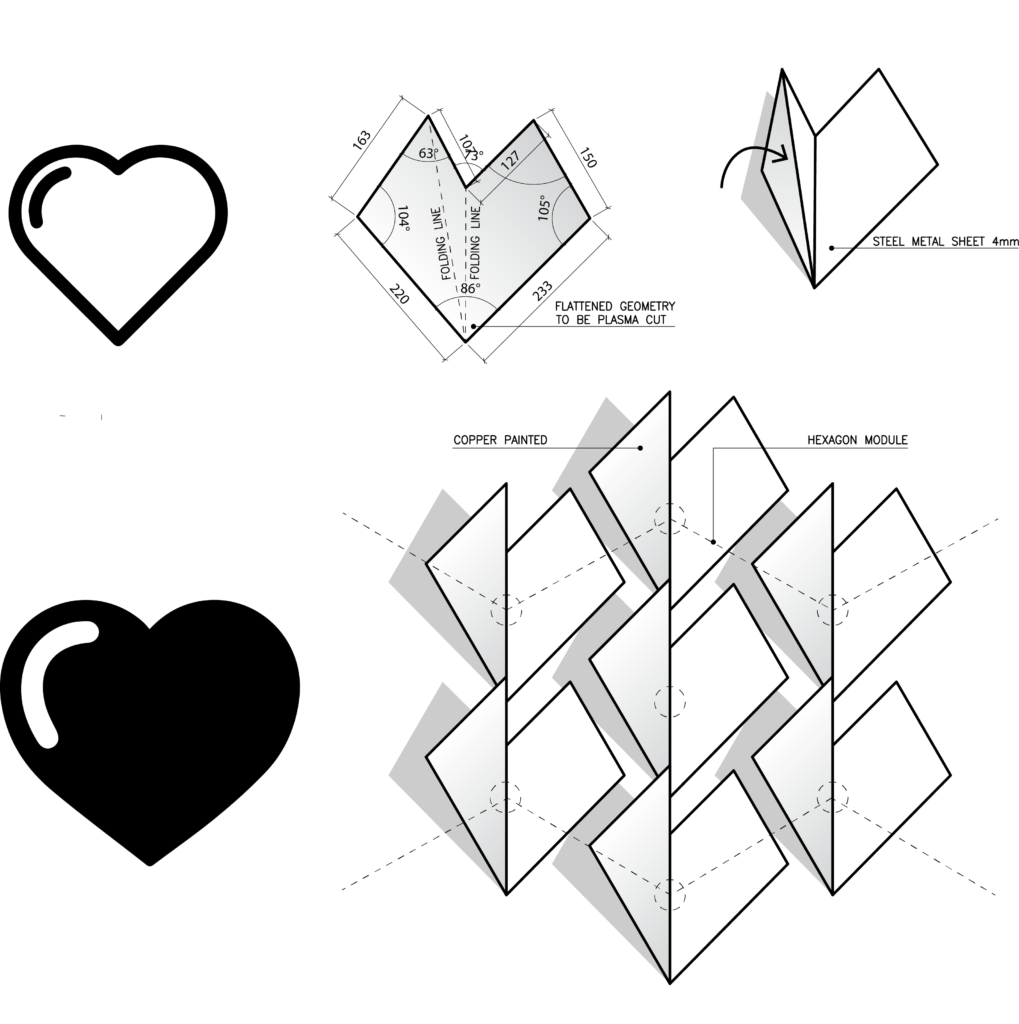 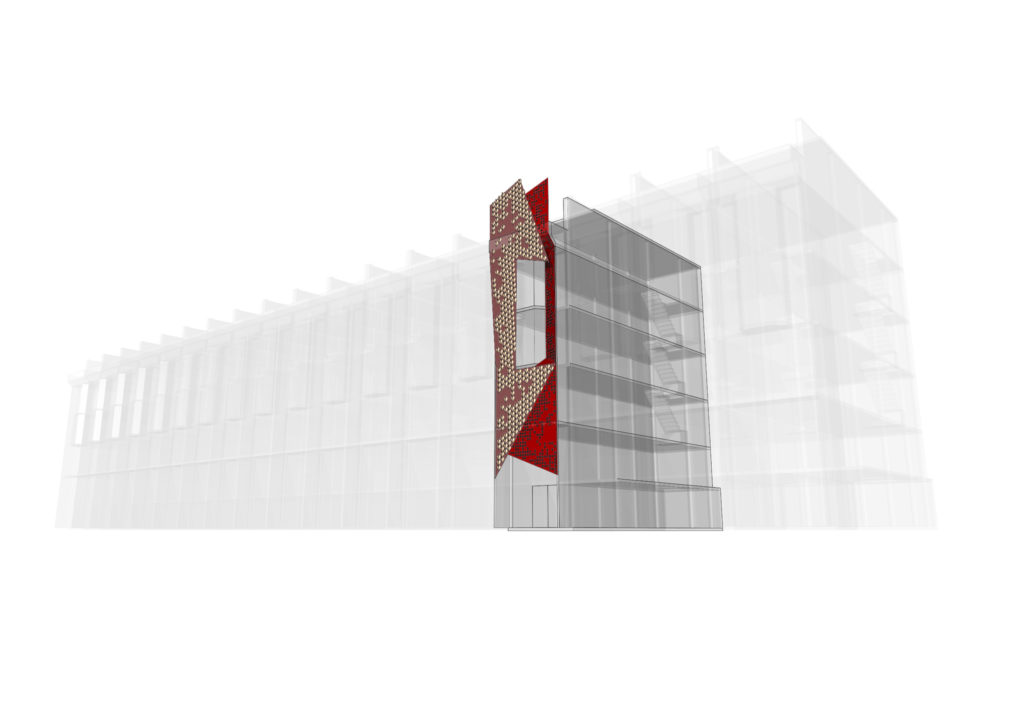 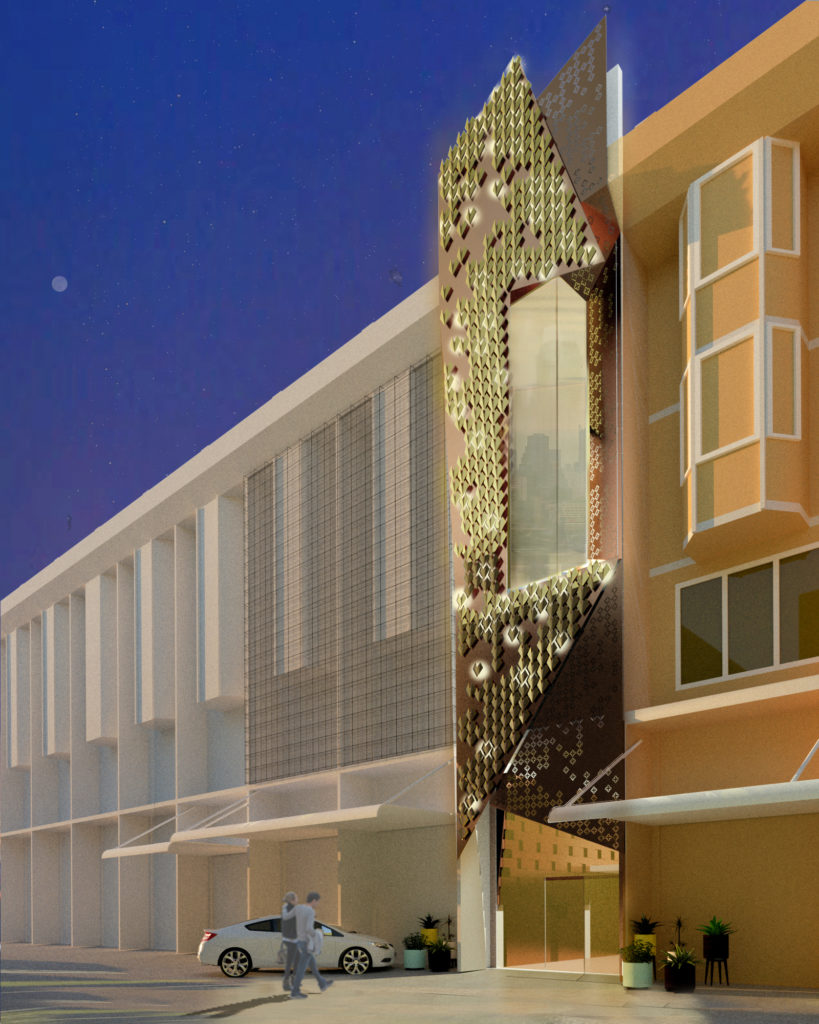 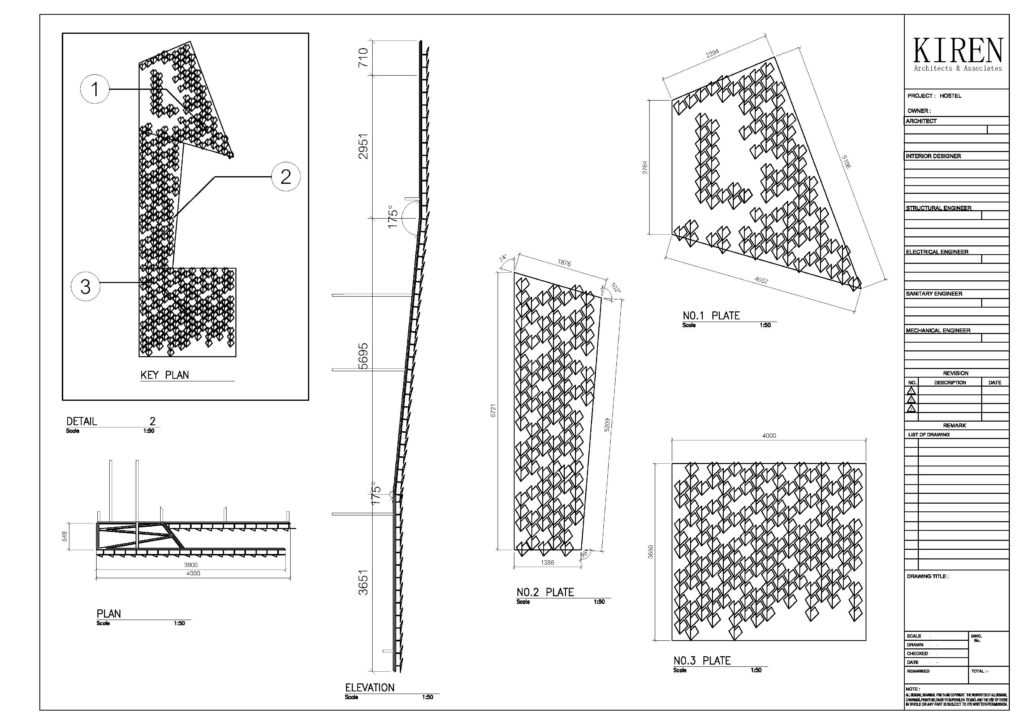 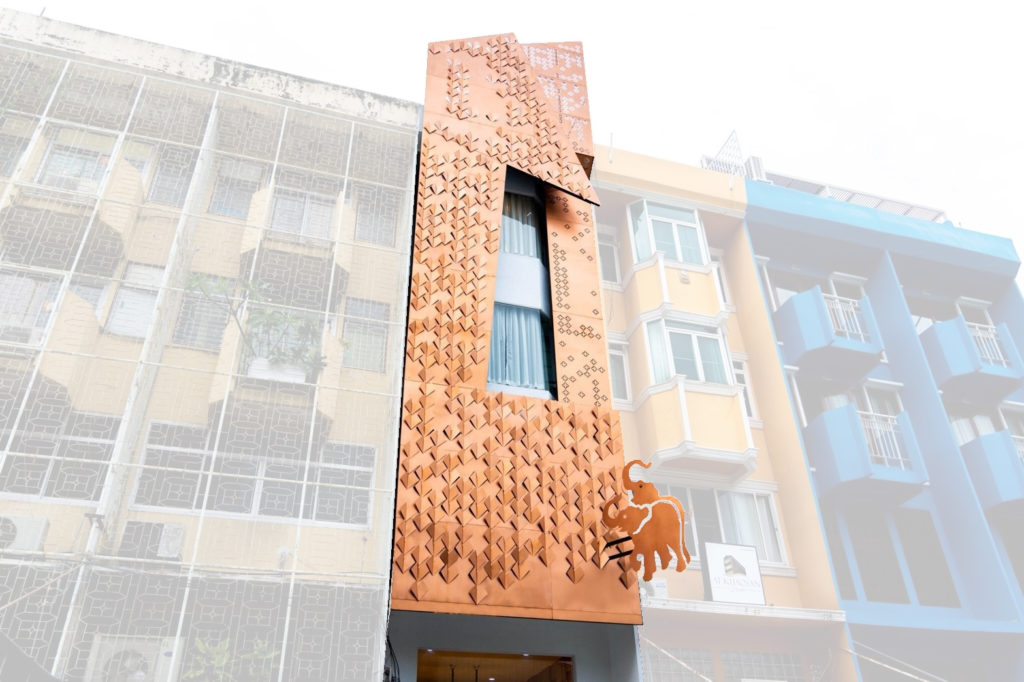